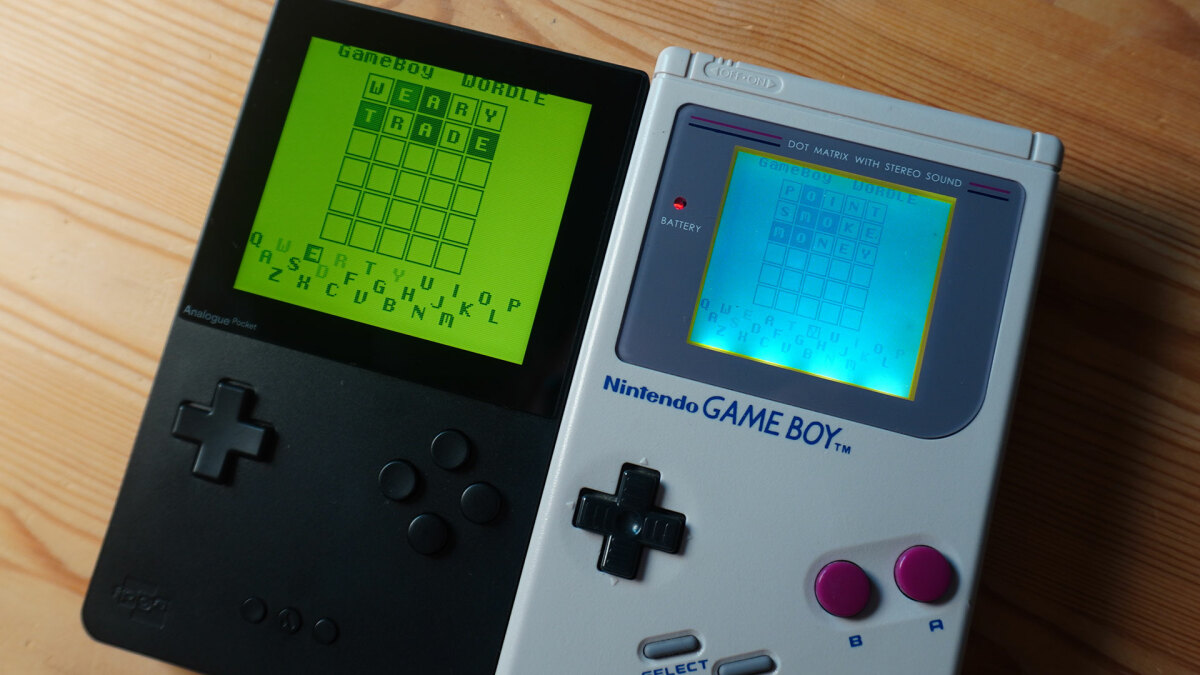 With its blocky little grid and heavily addictive nature, Wordle sometimes feels like the sort of game that would’ve been a good fit for the Game Boy era.

Well, now it kind of is.

On Sunday, Germany-based hardware security researcher Thomas Roth shared a photo of a new project he’d been working on: Wordle (or at least a close version of Wordle) on a classic grey 1989 Nintendo Game Boy.

Roth was inspired after he saw that someone had already ported Wordle onto an old Palm PDA.

“I thought it’d be fun to have it on the Game Boy,” he told Mashable. “I used GBDK-2020 as a software development kit — I’ve used it before for a couple of projects, such as my Game Boy Bitcoin Miner (a fun project to better understand bitcoin mining).

“I started by re-creating the layout of the original Wordle, after the layout was done I started adding the logic and eventually was happy with the state it was in.”

The best ‘Wordle’ clones, because one word a day isn’t enough

The whole project took Roth about three and a half hours to complete.

For Wordle diehards, it’s worth noting that this Game Boy version is very slightly different to the original. It’s not synced to the daily online game, the pool of words is separate, and there are a few minor gameplay alterations.

“If a letter occurs only once in the solution but you type it twice both letters will be light gray, while in the original only one will be marked,” explained Roth.

A nerdy detail: The ROM size is very limited, so I couldn’t fit in a big wordlist of “real” words. Instead I’m using a bloom filter to check (with, admittedly, currently a very high error-rate) whether an entered word is one of the 8000 most common English words 😀

Roth has published the code for his creation on Github. If you want to give it a go yourself, you can play it online here or download the Game Boy ROM.

If you want to try out some other variations of the original Wordle, meanwhile, there are many more where this one came from.