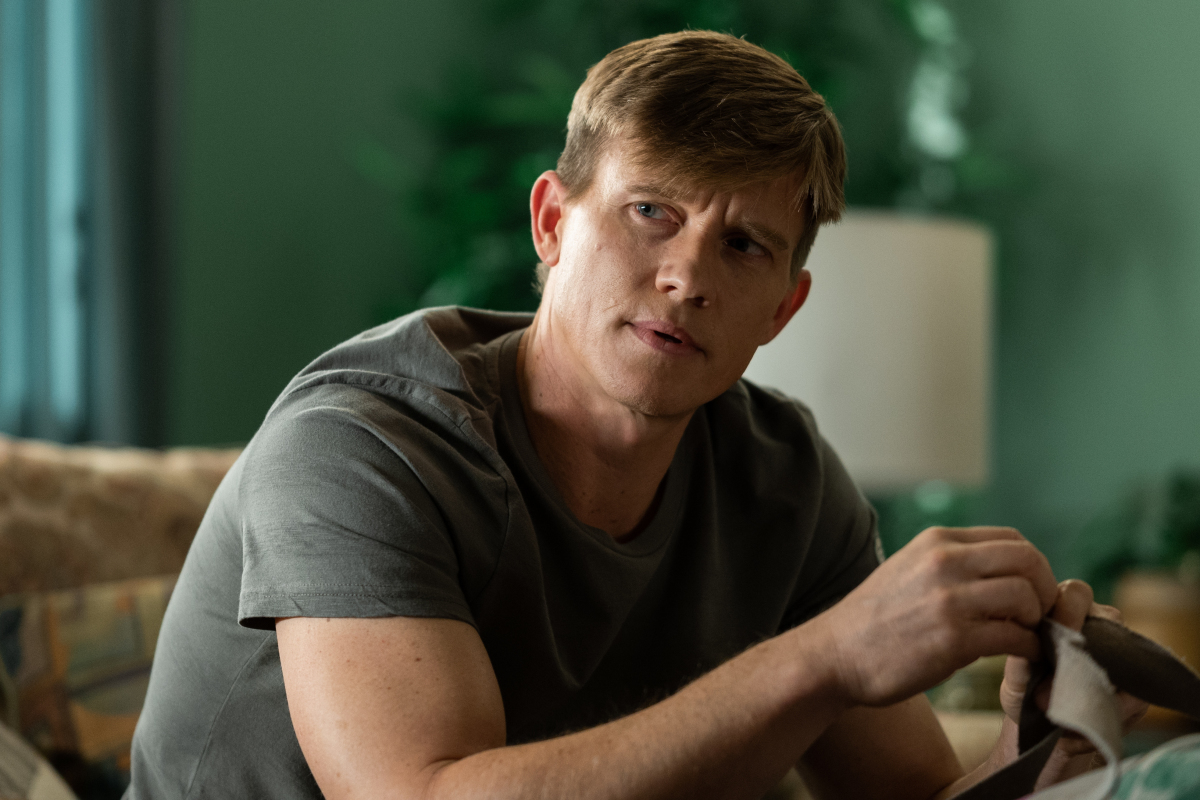 Yellowjackets has no business being as good as it is.

Not that we aren’t deeply grateful for a show this twisted and intriguing, but so much could have gone wrong and is instead beautifully right. Ever since its November premiere, the Showtime series has given us fresh plotting and stunning character work right up to Sunday’s penultimate Season 1 episode, “Doomcoming.” We’re about to spoil it, so take care.

After wrongfully suspecting and, you know, stabbing Adam (Peter Gadiot), Shauna (Melanie Lynskey) returns home to find her journals back in the safe and realizes she never suspected the person she actually shares that closet with. It takes Jeff (Warren Kole) less than 30 seconds after she says “Do you have any idea where this glitter came from?” to sigh, shake his head unconvincingly, and immediately give up the ghost.

Jeff turning out to be the blackmailer should not be endearing in the slightest, but it is somehow nothing but. Fans hadn’t ruled him out as a suspect, but it did seem a bit unlikely that the Yellowjackets’ tormenter was leaving Shauna out of it because he has a crush on her. And you know who would’ve thought of that immediately? THE POLICE. This is the definition of hearing hoofbeats and thinking of horses, not zebras. Jeffrey, my guy, what are you doing?

So yes, Jeff is an adorable blackmailer because he’s kind of terrible at it. His marks don’t have the money, and he goes after them despite knowing the reality of what happened in the woods and what they’re hiding. Did he think invoking the symbol would strike fear into the hearts of known cannibals? Did he think Nat with a loaded gun and citizen detective Misty Quigley would let him live if they knew that he knows?

Too many TV shows reap conflict from characters not acting like themselves. Yellowjackets has never been guilty of this, but it’s new enough that we take that for granted because we’re still getting to know the characters. Autostraddle’s Kayla Kumari Upadhyaya repeatedly notes in her recaps that Shauna is a bad liar, which we’ve seen corroborated from her high school days through to adult storylines that point very much to being bored and longing for excitement.

With episode 9, Shauna and Yellowjackets viewers finally got to see the real Jeff — which it turns out is the same Jeff we’ve known all along. The show always kept him on the edge of TV drama’s favorite tropes: Secrets, infidelity, and vindictive male rage that would undoubtedly rear its head when he learned about Shauna’s affair and everything that really happened in the woods. Though there was nothing about his characterization to concretely support any of this, at least some of it had to be true — but it turns out that’s just not Jeff.

The real Jeff Sadecki is well and truly obsessed with his furniture store, to the point that he enlisted loan sharks to help keep it afloat. The real Jeff has possibly been aware of his wife’s diet circa 1996-1997 for years and loves her anyway! The real Jeff barely bats an eye when he finds out his Shauna cheated on him and then stabbed the dude. He was even ready to turn himself in and take the fall for it. Real Jeff wanted a date night at book club and is devastated that it doesn’t exist! We stan the real Jeff.

Unless he killed Travis, and then he’s got some explaining to do.