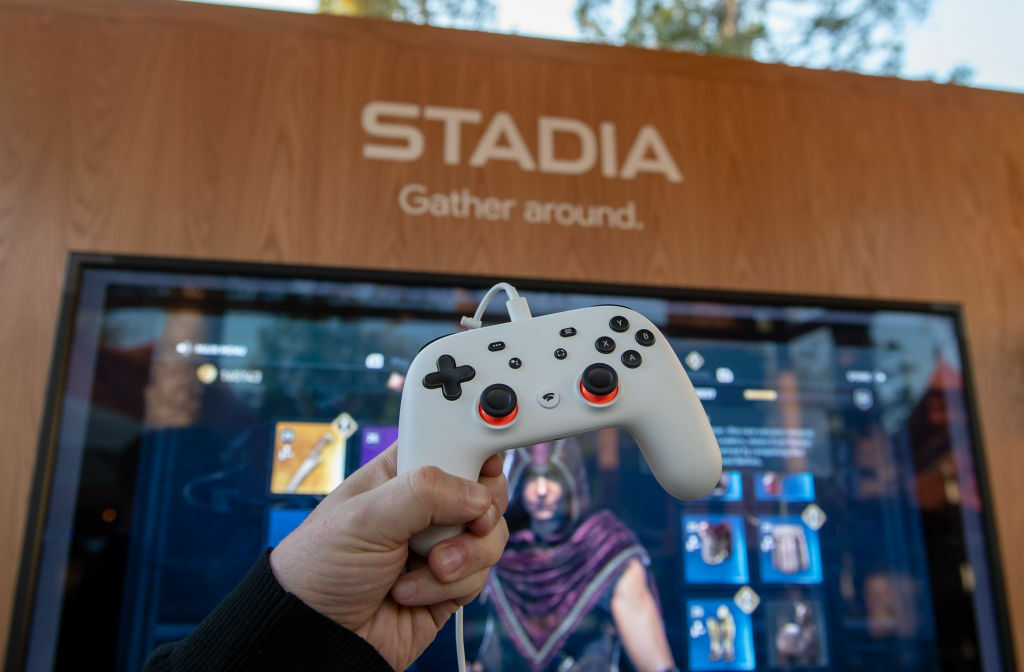 With flashy new game consoles like the PS5 and Xbox Series X (still) aggravatingly hard to come by, the dream of gaming without dedicated hardware has never been more appealing. At CES 2022, the tech industry’s largest annual showcase, big tech companies showed that they agree.

There’s just one problem: Game streaming has yet to fully pan out.

Microsoft, Amazon, PlayStation, and Google have all tried, but none have completely nailed cloud gaming just yet. Streaming apps like Google Stadia have impressive tech, to be sure, but none of these services have fully stuck the landing and become mainstays in the gaming space. Between technical troubles, lackluster libraries, and busted business models, the majority of cloud gaming apps have left us scratching our heads instead of having fun playing video games.

Will the concept finally prove viable in 2022 or will we still be scratching our heads by the time the next CES rolls around? 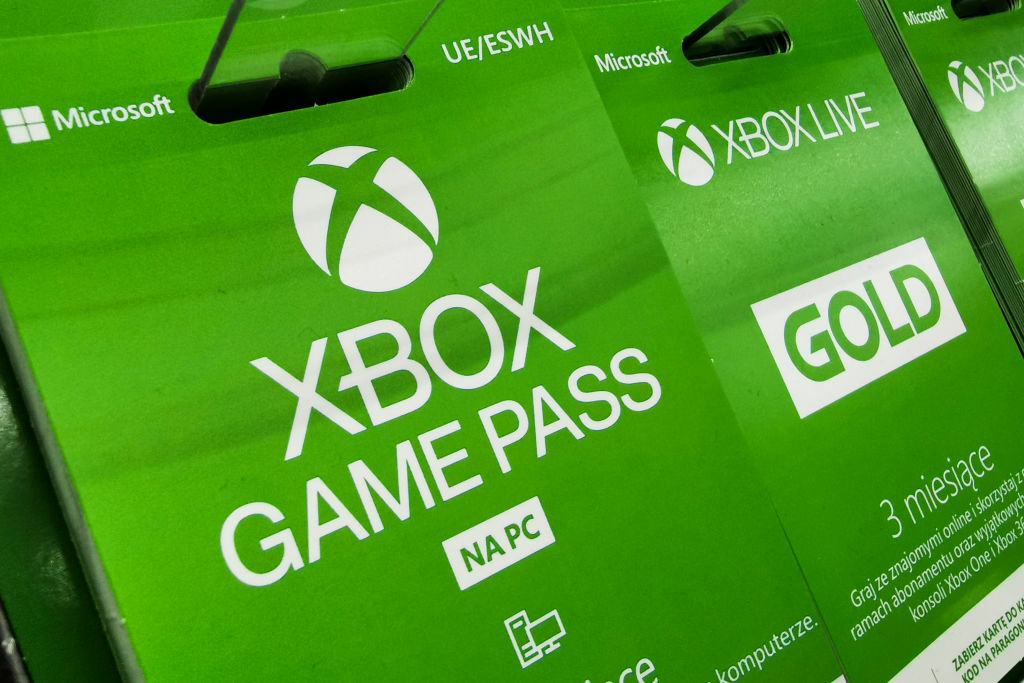 As of January 2022, there are a handful of major cloud gaming services that you can use to play in web browsers, on phones, or, in some cases, on Samsung or LG smart TVs. A roll call of the most relevant parties in cloud gaming right now looks something like this:

All of these services have different game libraries, different business models, and serve different audiences. For example, GeForce Now lets users stream PC games they already own to other devices for an hour at a time for free (or for longer, if you’re willing to pay a monthly fee), while Amazon Luna and Sony’s PS Now rely on a more traditional Netflix-like model where a monthly fee gets you unlimited access to a rotating selection of games. Stadia gives away some games with a monthly “Stadia Pro” membership, but that fee doesn’t even grant access to the whole library; users otherwise have to buy individual Stadia games for as much as $60.

The most unique offering in that group is Microsoft’s Xbox Game Pass Ultimate. Its cloud feature is simply a bonus add-on for a monthly service that otherwise lets users download every game on the service (which includes any and all first-party Xbox games) and play them locally, if they have an Xbox or PC. Streaming is a nice perk here, but it’s not Game Pass’ main selling point.

Due to a lack of self-reported numbers from these companies, it’s tough to tell how successful any of these ventures have been. PS Now reportedly had 3.2 million subscribers last year, which sounds good until you realize Game Pass, its closest analogue, had surpassed 20 million at around the same time. But it’s also difficult to know how many Game Pass users play games via the cloud regularly, if at all, thanks to scarce data. At any rate, Sony is apparently sunsetting PS Now with plans to merge the cloud portion into a new subscription service, dubbed Project Spartacus, later this year.

And then there’s Stadia. More than two years after launch, Google has yet to release any original titles for Stadia, probably because it closed the studios tasked with making those games before any could even be announced. And though firm subscriber numbers are hard to come by for it, Bloomberg reported last year that Google had missed internal projections for monthly users by “hundreds of thousands.”

All of this begs the question: Why does big tech still believe in game streaming?

Michael Futter, founder of the consulting firm F-Squared, told Mashable it’s because the tech behind cloud gaming is obviously useful to consumers, even when not attached to a sustainable business model.

“I think that it’s easy to sell people on the dream of: ‘You don’t have to purchase hardware, you can just play a game whenever, wherever,’” Futter said. “There have been moderate successes in different places but those haven’t been long-term even when the technology bears out.”

One example of a moderate success Futter gave was Shadow, a PC cloud gaming service that had a burst of popularity in the late 2010s but ultimately went bankrupt last year before being sold off by its parent company. Shadow was well-liked by those who used it, but it wasn’t profitable. No game-streaming-only service has been yet.

But that could change with smarter business models.

If you build it (and bundle it), they will come Industry experts seem to agree that cloud gaming will have an easier time finding an audience if it doesn’t really have to find one at all. In other words, attach cloud gaming to a service that already has a built-in userbase and offer it as a bonus, à la Game Pass Ultimate.

At the very least, companies could pair their cloud gaming services with something customers already like, making it more likely they’ll at least give it a shot. Amazon Prime, with its staggering 200 million subscribers, could be a perfect candidate for this. Curiously, however, Amazon doesn’t give away Luna with a Prime subscription, but the base subscription for that gaming service is only $5.99 per month and there’s a kid-focused tier for just $2.99 per month. Plus, Luna runs pretty well on the latest Fire TV Stick streaming devices. This stands in contrast to Stadia, which charges up to $60 for individual games, thus pricing out some potential customers no matter how much they like Google.

Joost Van Dreunen, the former co-founder of a gaming market research firm who now teaches at the NYU Stern School of Business, said Luna could potentially find an audience among those who are already in the Amazon ecosystem, even if it costs a little extra.

“A diehard PC gamer is not going to look at Amazon Luna and get excited,” Van Dreunen said. “But someone who’s already on Amazon Prime that says, ‘You know what? I want my kid to have some games and a few things available to them. Let’s get that controller.’…It’s a very different proposition.”

Even if their cloud gaming services don’t take off right away, massive companies with bountiful sources of revenue like Amazon and Microsoft can still survive. Every expert Mashable spoke to agreed Game Pass is the most likely current cloud service to thrive because it’s already popular among gamers. This frontrunner status is helped by the fact that every first-party Microsoft game from here on out (Halo, Forza, etc.) is free to play on Game Pass at launch. It also doesn’t hurt that Microsoft already has an extensive cloud computing network of its own to work with called Azure. Why build a huge network and not get as much as you can out of it?

“You’re paying for Game Pass, you’re paying for Xbox Live as part of Game Pass. Now you get [cloud streaming] bundled in at no additional cost,” Futter said. “Well, sure, yeah, maybe I’ll use that because it’s part of something I already have.”

Working out the kinks

As for the actual user experience of cloud gaming, there are a host of other problems that need to be addressed before it gains widespread adoption. Broadband infrastructure in the U.S. is, to put it simply, hot garbage. People can’t get consistently high download speeds, so cloud games aren’t responsive to play and end up looking like pixelated nightmares. The Biden administration has pledged to alleviate this, but that will take time.

What’s more, playing games designed for 4K TVs on comparatively smaller smartphone screens introduces other game design problems. Onscreen text can often be too small to read, enemies can be hard to see, and so on. If the appeal of cloud gaming is the ability to play anywhere on any device, then phone users need to be accommodated.

N’Gai Croal, founder of the consulting firm Hit Detection, said fixing this issue is as important as fixing bandwidth issues.

“I want to see Microsoft, and Sony, and Google put money and resources into figuring out whether there are tools or filters or something that can help solve some of that experience,” Croal said.

2022 and beyond: No room for newcomers 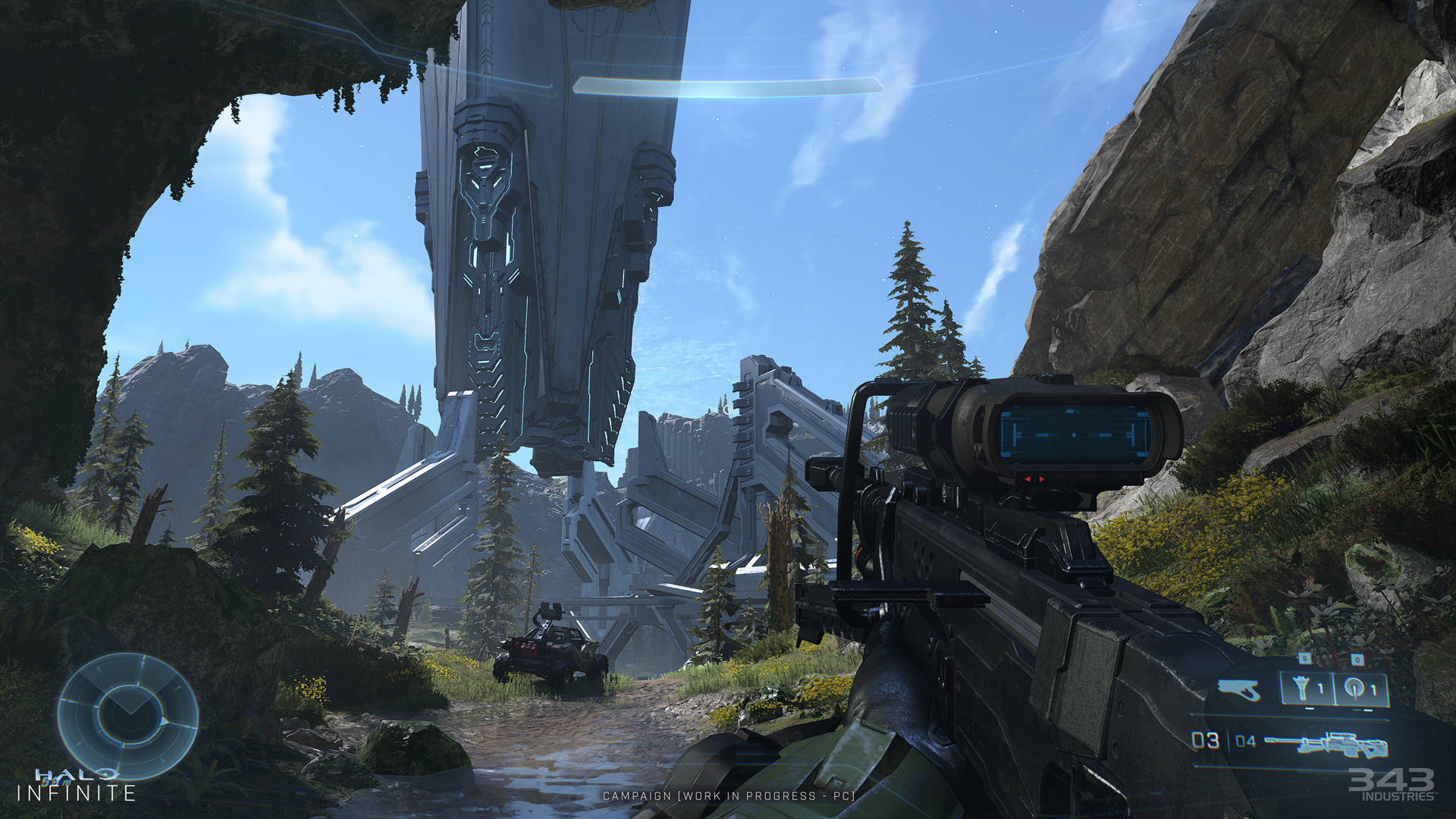 ‘Halo Infinite’ is a good example of why game streaming is helpful right now. Credit: Xbox

CES 2022 showed that tech companies are still interested in supporting cloud gaming via smart TV apps and subscription bundles, but where the business actually goes over the next 12 months is anybody’s guess. One thing that could help a service like Game Pass grow its cloud audience is the console hardware shortage which has made it very, very difficult to find an Xbox Series X or PS5. That might not be a problem by year’s end, but with the continued spread of COVID-19 and its effect on production, good luck predicting anything about supply chains.

Anecdotally, I have a friend who played through the Halo: Infinite campaign solely on Game Pass because he didn’t have an Xbox or capable PC, and it’s kind of a big deal in our social circle right now. If Microsoft or Sony wanted to lean into that angle and offer users a chance to play the hottest and newest games without setting up stock alerts, it could pay off. Croal agreed that this could be a main selling point for cloud gaming right now.

“For a game like Halo…I think that’s awesome that this solution exists,” Croal said. “There’s a fair number of devices that can run Game Pass in the Cloud.”

The elephant in the room is Sony’s rumored Game Pass competitor, the aforementioned Project Spartacus. If Microsoft and Sony, the two titans of next-gen console manufacturing, both offer Netflix-like gaming libraries with cloud support at a decent value, that could make it much harder for other standalone services that lack heavy-hitting exclusive games to stand out. Amazon has a lot of things going for it, such as its own cloud network with Amazon Web Services, but it doesn’t have Halo or God of War: Ragnarok.

In fact, Futter didn’t mince words about what 2022 will mean for Google’s streaming service, which felt like it died before it could ever truly live.

“Honestly, I don’t think anything’s going to save Stadia. I think 2022 is when we see the consumer-facing side of Stadia disappear,” Futter said. “I think the tech is very good, their business model sucks.”

Of course, if Stadia, GeForce Now, and the like are unable to thrive against Microsoft and Sony, it would render those Samsung and LG smart TV apps that were just announced at CES pretty useless. But, hey, there’s always time for those TV makers to cut app deals with the eventual winners of the cloud gaming war.

Regardless of who winds up on top at the end of the day, it’s easy to see why big tech still believes in cloud gaming: The streaming tech is already good and it will only get better from here on out. Plus, with expensive and hard-to-find console hardware, consumers have a real need for an easily accessible alternative. All it will take is the right combination of games, value, and some infrastructure improvements to make that belief pay off.

By all accounts, this is Microsoft’s and Sony’s race to lose.