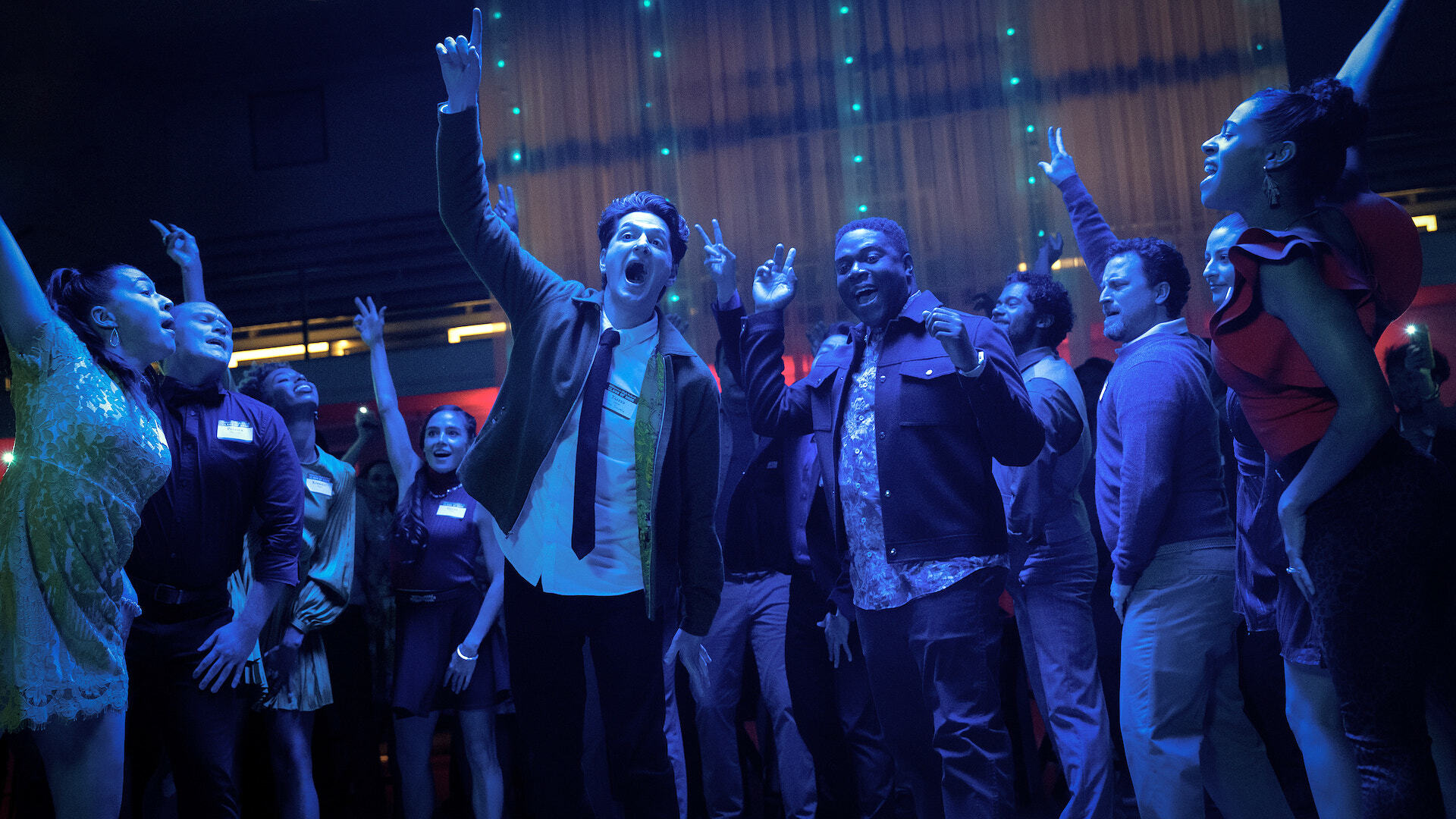 The comedy actor has never been in Lin-Manuel Miranda’s musical, but during its Broadway heyday — when Miranda was still in the cast — Schwartz appeared on an episode of Comedy Bang Bang! and could not. Stop. Singing.

Having not seen Hamilton and consistently failing to procure tickets via purchase or lottery, I’ll admit that I did not care for this bit. But I now realize it was all part of a divine plan which came together with Friday’s debut of The Afterparty on Apple TV+.

Episode 3 focuses on Yasper (Schwartz) telling his version of the night the way he experienced it: As a triumphant musical. His first song, “Two Shots,” is a hip hop party anthem that unleashes all the joy and energy Schwartz teased in Comedy Bang Bang, and it’s delightful:

Jon Lajoie wrote the song, as well as “Yeah Sure Whatever” and “Three Dots” later in the episode, but “Two Shots” is our introduction to Yasper’s mind movie and it sets a fantastic bar. Schwartz and Sam Richardson as Aniq are a comedy dream team which might be The Afterparty‘s greatest gift, and to see them singing and dancing in a high school gym just repackages that perfect pairing.

The infectious beat and bass riff fall squarely into Yasper’s “How great is this party?” genre of music, with everyone in the gym joining in to celebrate a second shot. “Two Shots” is sinfully catchy, its title a nod to Hamilton‘s “My Shot,” and Eminem’s “Lose Yourself,” which comes through in Lajoie’s music and Schwartz’s performance. Both songs emphasize the importance of one shot (one opportunity) for a person to change their life forever, but Yasper knows it’s not that simple.

But what happens if you choked and you didn’t catch your break? If you fail do you bail with your tail between your legs?
What about those of us who missed our shot, didn’t rise to the top never became the cream and we just remained the crop?

The concept is enticing, especially for a high school reunion; who doesn’t want to believe in second chances when the first round didn’t go well? Second chances are a familiar concept, but “Two Shots” packages the idea in a completely new way, starting with the one-shot philosophy and leading us elegantly toward two. With references to Back to the Future, hypothetical scenarios (“If you fail the bar exam, become a paralegal”), and connections to the show itself and Aniq and Zoe’s love story, “Two Shots” is a powerful bop and an emotional journey.

SEE ALSO: ‘The Afterparty’ is a must-watch whodunit for movie nerds

By the time Yasper and Aniq sing about a little-known band called the Quarrymen that went on to become the Beatles, you’re all in.

The Afterparty is now streaming on Apple TV+.