As far as premium TV networks go, Showtime is highly underrated. It doesn’t quite have the prestige of HBO or the niche interest of smaller networks, but it does produce some of television’s shiniest hidden gems.

Yellowjackets is a buzzy (pun intended) puzzle box drama that had everyone speculating about teenage cannibalism. Kidding is a dramedy masterpiece with a “legends only” level cast, and Dexter is a massive ’00s phenomenon with a fandom so loyal that the show was revived for a chance to shed New Blood.

You can only watch so many excellent shows within Showtime’s convenient 30-day free trial. So, here are 10 great shows that make a continuing Showtime subscription more than worth it. 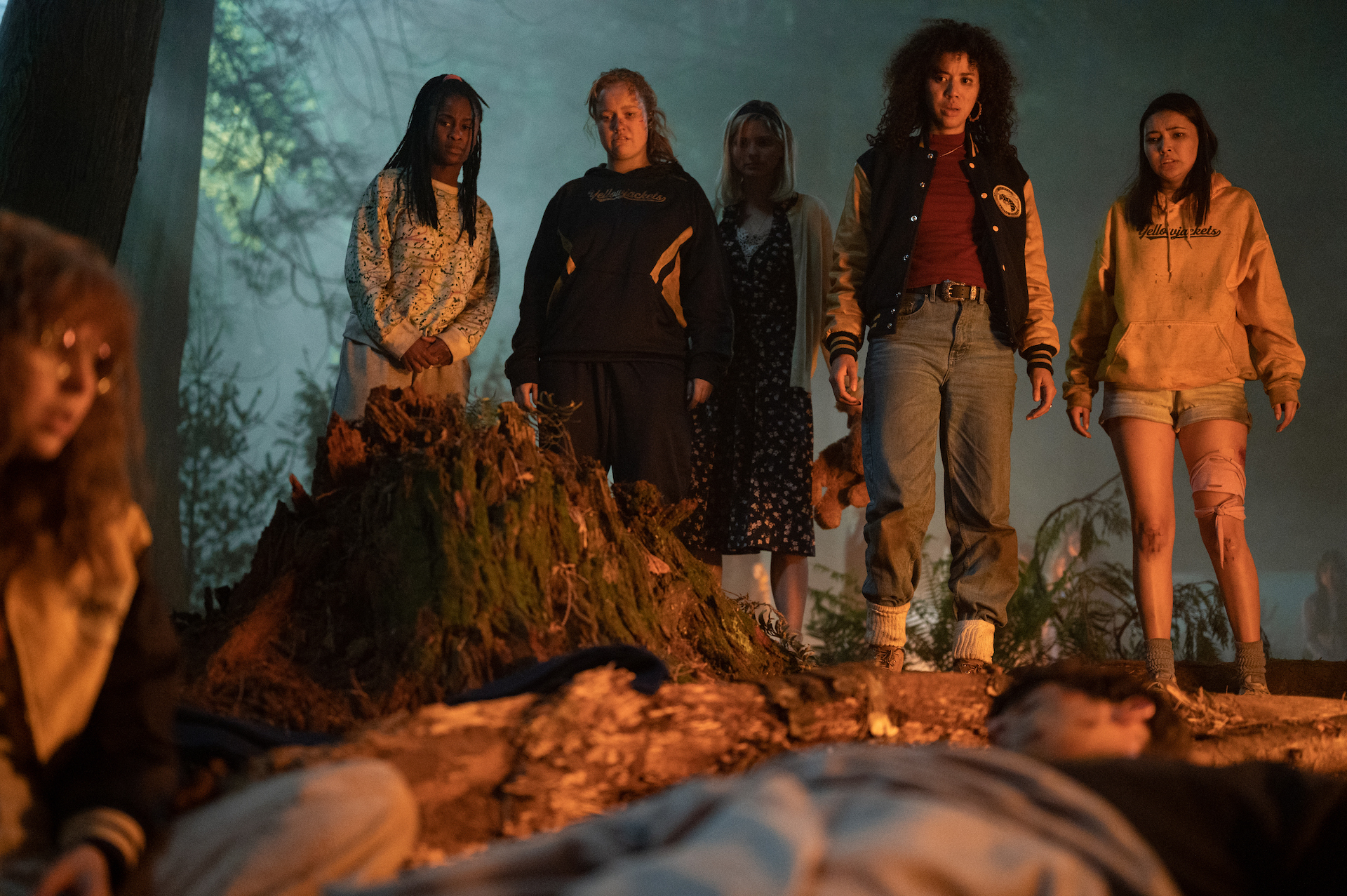 Yellowjackets creators Ashley Lyle and Bart Nickerson deliver drama as good as gold in their darkly comedic survival thriller. Told across two timelines, this harrowing story of an elite girls’ soccer team fighting to get home after a plane crash, and then struggling to cope with what that took 25 years later, is the sort of TV you don’t want to sleep on.

Where to watch: Yellowjackets is now streaming on Showtime and via Amazon or Hulu.

We totally love Showtime’s pitch-black comedy about children’s TV host Jeff Pickles (Jim Carrey), who is trying to course-correct after the death of his young son. With Jeff as a protagonist, his unbridled imagination seeps into every part of his life, infusing the most painfully real moments with phantasmagoria and humor. There is no reason at all that a musical number about donating a kidney to your ex’s new lover should work. But on Kidding it is pure art — complete with puppets. —Proma Khosla, Senior Entertainment Reporter

Where to watch: Kidding is now streaming on Showtime and via Amazon or Hulu. 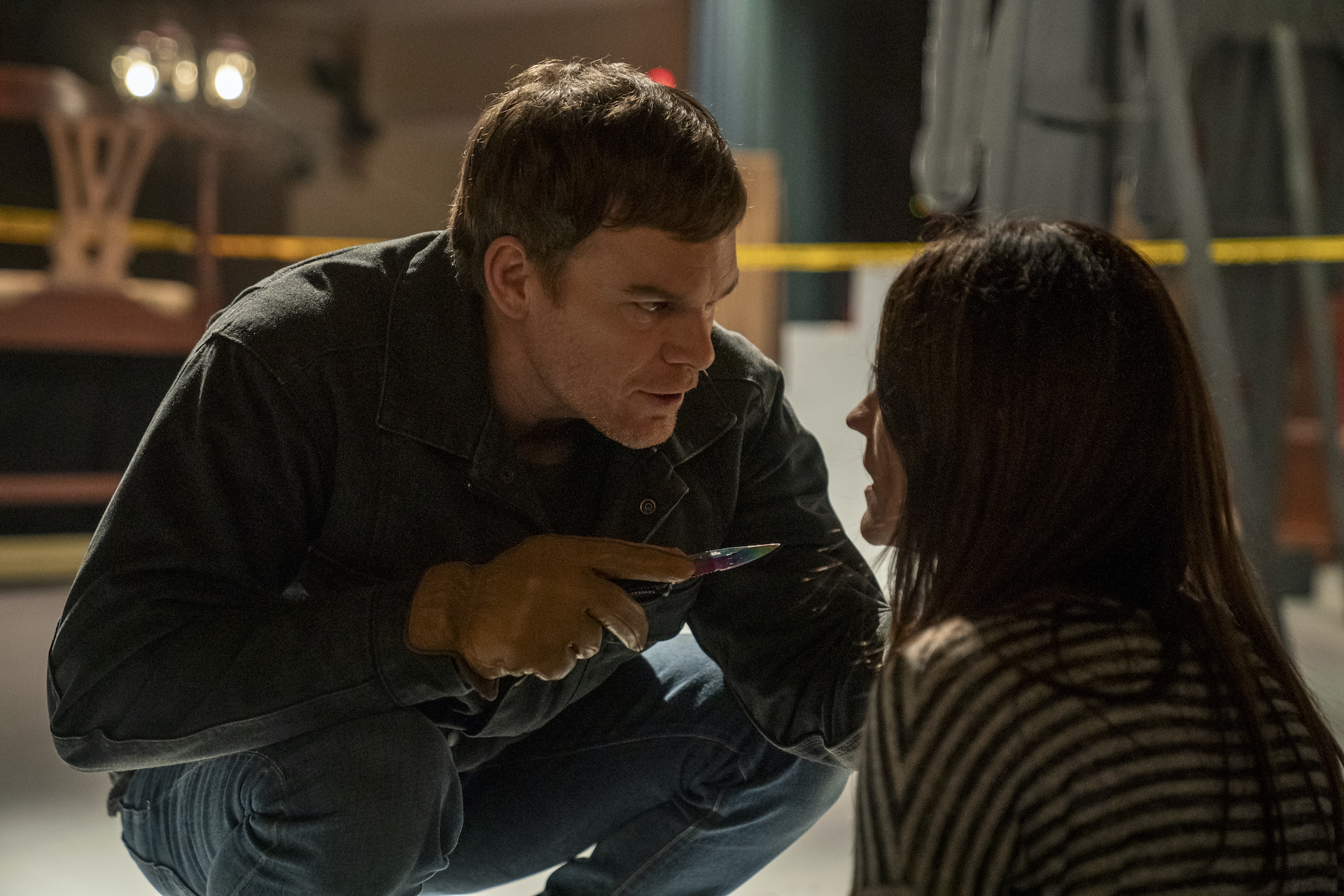 Parenting is hard, even for Dexter! Especially for Dexter… Credit: Dana Starbard/showtime

Michael C. Hall was popular enough as funeral director David Fisher on HBO’s Six Feet Under (2001 to 2005). But the captivating actor ascended to a venerable TV titan status when he took the lead for Showtime’s Dexter in 2006.

Love or hate him, forensic scientist-turned-serial killer vigilante Dexter Morgan is an icon of small-screen storytelling, not to mention the role Hall was born to play. Dexter’s tortured double-life as a Miami P.D. blood spatter expert and “The Bay Harbor Butcher” played out over eight hair-raising seasons before ending on a whimper. Thankfully, Dexter got the finale it deserved when Hall reprised the role in 2021 for Dexter: New Blood. It’s a bumpy (and lengthy) binge to undertake, but worth every second to get to the revival, which features some of the best episodes in the show’s history. — A.F. 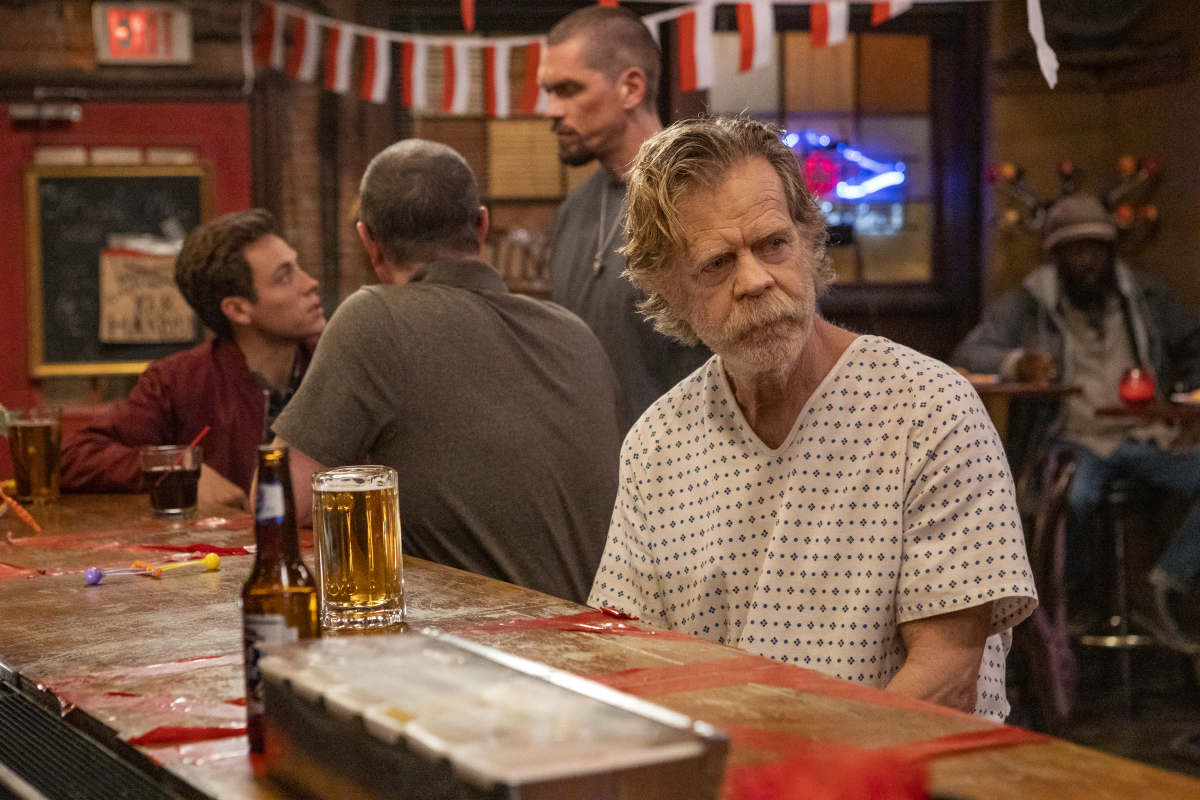 Unfortunately, it’s not possible to recapture the magic of watching Shameless unfold over the course of its ten-year run. Seeing the Gallagher family grow up season to season was a particularly special experience that binge-watching just can’t recreate. But as with an old family scrapbook, it’s never too late to reminisce on the sum of life’s experiences. Set in Chicago’s South Side, this family dramedy delivers the full array of emotions that growing up and growing old can provide. Side-splittingly funny and unapologetically painful, Shameless offers a family you’ll always be welcome to join. — A.F.

Where to watch: Shameless is now streaming on Showtime and via Amazon or Hulu. 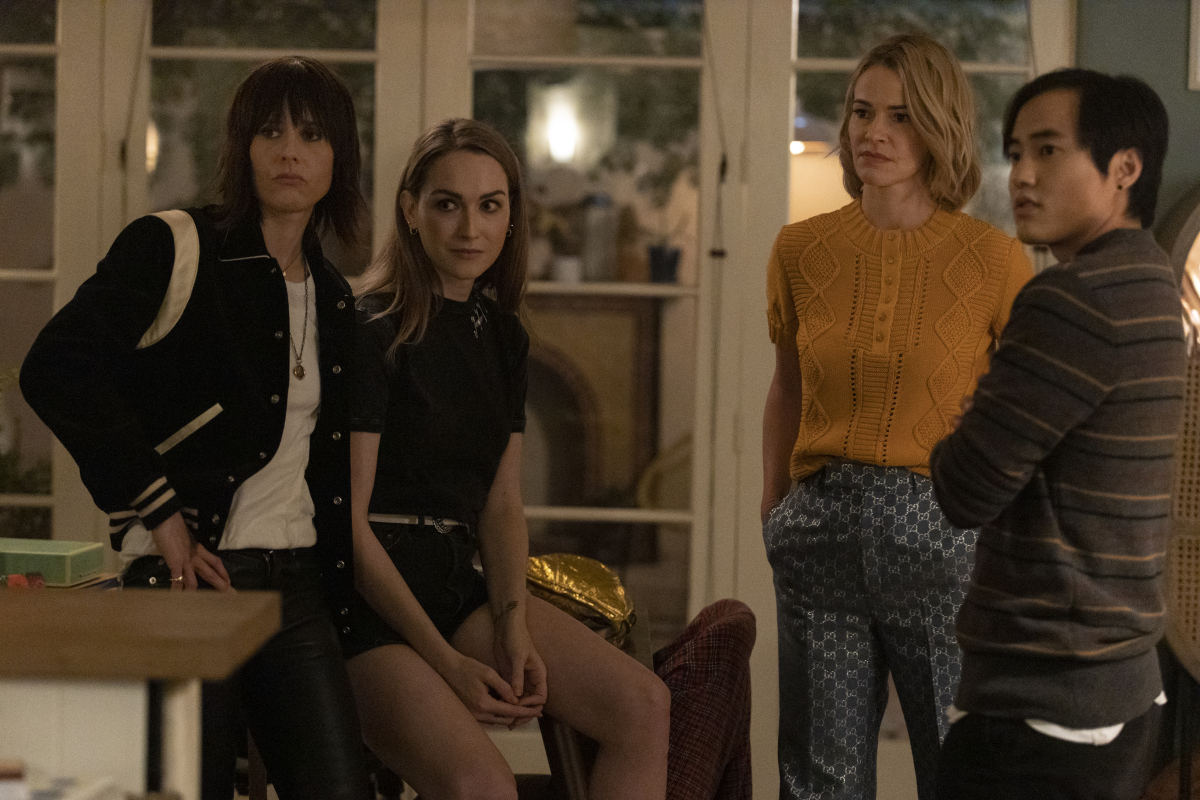 From 2004 to 2009, The L Word dazzled fans with its captivating — and, for the times, groundbreaking — drama series about a lesbian friend group living in Los Angeles. In 2019, Showtime brought the beloved title back with The L Word: Generation Q, which features a more modern set of characters but shares the same caliber of juicy plotlines as the original. Stars Jennifer Beals, Katherine Moennig, and Leisha Hailey return, alongside newcomers Arienne Mandi, Sepideh Moafi, Leo Sheng, Jacqueline Toboni, and Rosanny Zayas. It’s a ridiculously fun watch that continues the series’ legacy of increasing LGBTQ visibility through a metropolitan lens. — A.F.

Ethan Hawke received Golden Globe and Screen Actors Guild Award nominations for his role as historical abolitionist John Brown in this stirring series. Far from being a direct retelling of history, The Good Lord Bird is an adaptation of a novel of the same name by James McBride, which transforms the real John Brown’s story into a compelling and sensationalized work of historical fiction. The Good Lord Bird follows the story of a recent escapee from slavery (Joshua Caleb Johnson), who falls in with Brown’s crew of radical abolitionist soldiers as they conspire with Harriet Tubman (Zainab Jah) to lead the fateful 1859 raid of Harpers Ferry — one of the most significant inciting incidents that led to the Civil War. —A.N.

Where to watch: The Good Lord Bird is now streaming on Showtime and via Amazon or Hulu. 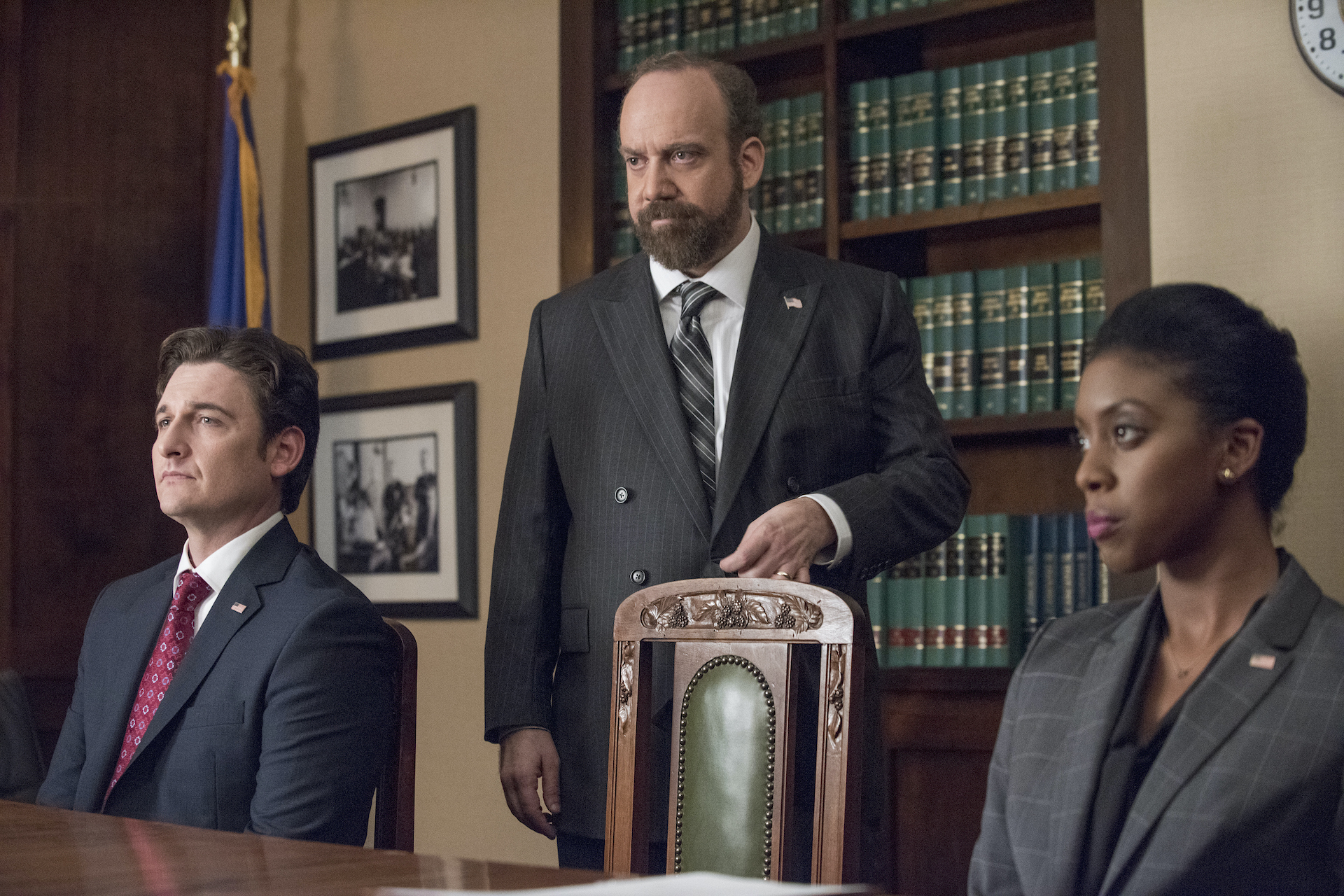 Do not get between Rhoades (Paul Giamatti) and his mission. Credit: Jeff Neumann/showtime

Created by Brian Koppelman, David Levien, and Andrew Ross Sorkin, Billions can be summed up as a high-stakes game of cat-and-mouse between U.S. Attorney Chuck Rhoades (Paul Giamatti) and unscrupulous hedge fund manager Bobby Axelrod (Damian Lewis). House of Cards walked so Billions could run and Succession could medal in the 100-meter dash. Speaking of House of Cards, Corey Stoll takes over as reigning baddie in Season 6, which premiered in 2022. Neither colleagues, allies, family. nor Rhoades’ wife Wendy (Maggie Siff) is spared in this twisted, tactical drama. —P.K.

Where to watch: Billions is now streaming on Showtime and via Amazon or Hulu.

John Logan’s gothic drama premiered in 2014, on the heels of the True Blood era, when audiences and producers were itching for supernatural adult stories. After losing his daughter, Sir Malcolm Murray (Timothy Dalton) is on a mission to restore his family, with the help of Vanessa (Eva Green) and Ethan (Josh Hartnett). Together, they face monsters and spirits from beyond our world — starting with one created by a certain Victor Frankenstein (Harry Treadaway). The magnetic cast includes Reeve Carney as Dorian Gray (that Dorian Gray), plus Billie Piper, Helen McCrory, Patti LuPone, and more. —P.K.

Where to watch: Penny Dreadful is now streaming on Showtime and via Amazon or Hulu.

9. On Becoming a God in Central Florida

On Becoming A God in Central Florida is a searing, darkly funny satire that tears down the American prosperity myths that multi-level marketing companies rely on to trap new victims. Kirsten Dunst stars as Krystal Stubbs, a minimum wage worker at a Florida water park whose husband (Alexander Skarsgård) is obsessed with a get-rich-quick pyramid scheme called FAM. When his plans fall apart, Krystal inherits a stockpile of unsold merchandise and uses it to fuel a single-minded journey to the top of the FAM hierarchy, where she can either get rich or get revenge. —A.N.

Where to watch: On Becoming a God in Central Florida is now streaming on Showtime and via Amazon or Hulu. 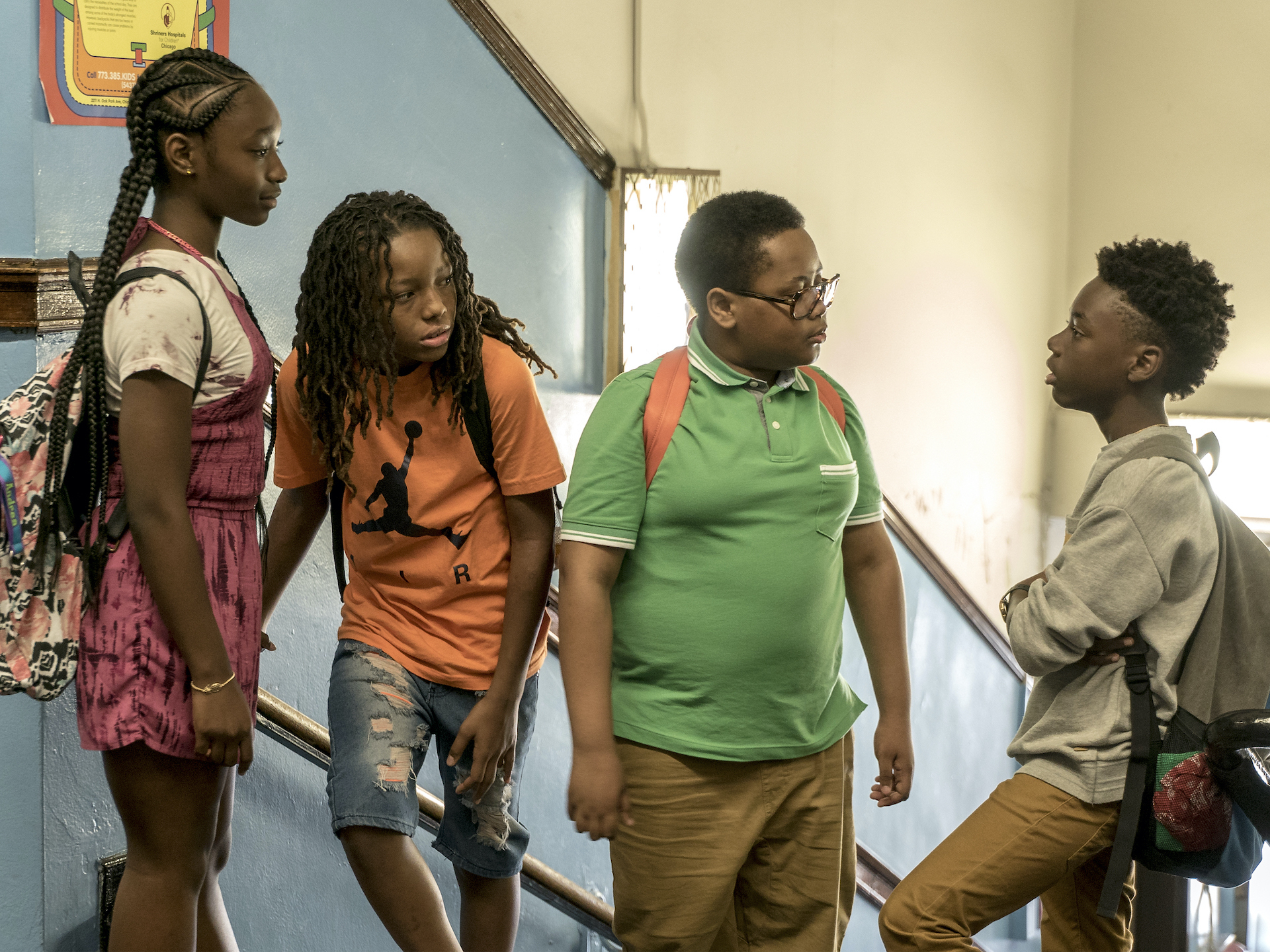 A chance encounter connects young people from the South Side of Chicago in Showtime’s “The Chi.” Credit: Matt Dinerstein/showtime

Lena Waithe’s drama about intersecting lives on the South Side of Chicago will pull you in and keep you hooked. Its debut has been compared to The Wire, characterized by tangled stories and specificity of location. A rotating cast of actors includes Alex R. Hibbert, Jason Mitchell, Jacob Latimore, Tiffany Boone, and more, many of whom grew up with their characters during pivotal years. The pilot brings these disparate threads together, but they will remain forever linked. —P.K.

Where to watch: The Chi is now streaming on Showtime and via Amazon or Hulu.