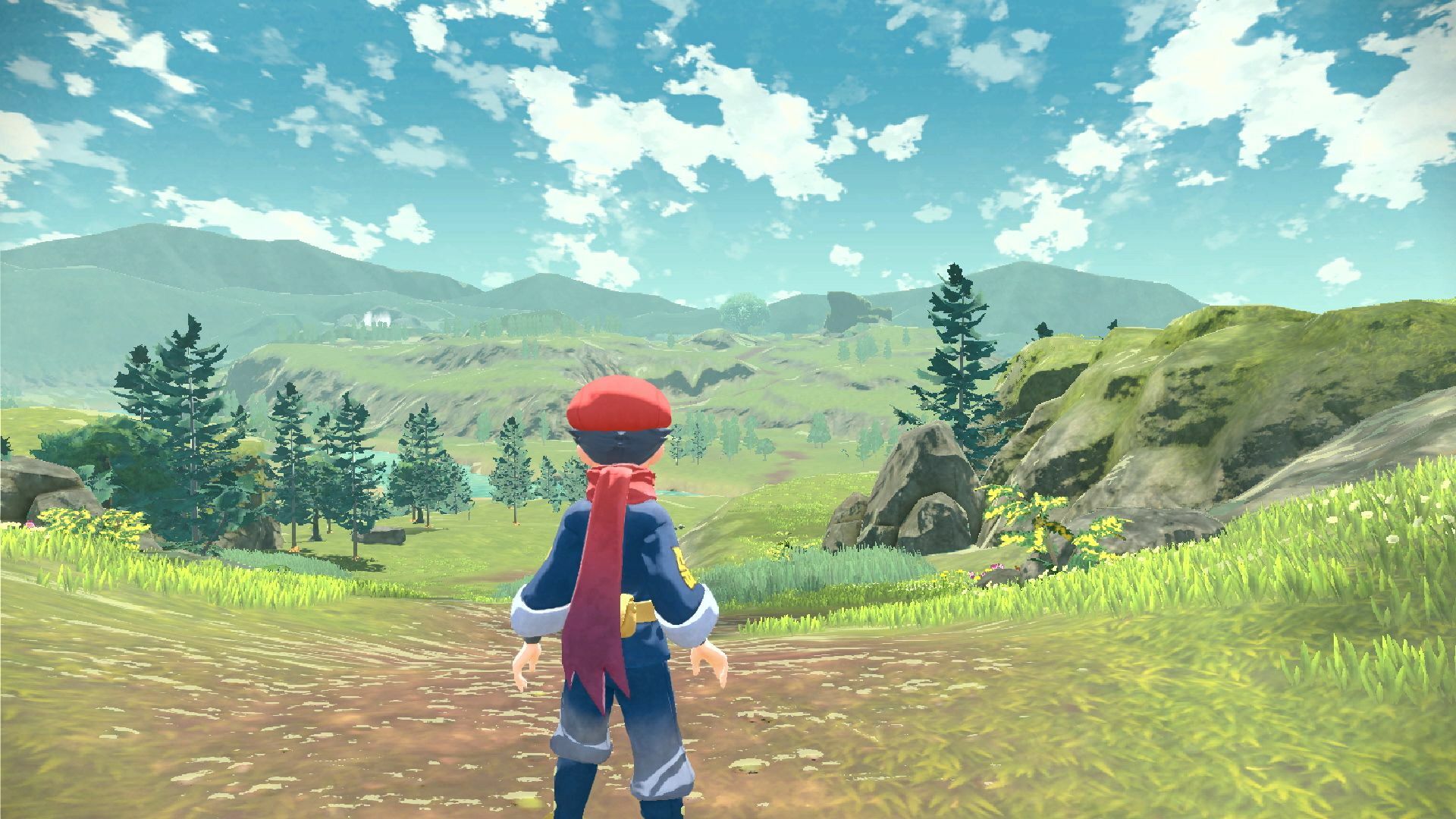 Behind all of their astronomical success, Pokémon games have always been an exercise in expectations vs reality. Expectations: exploring a vast land filled with adorable and dangerous creatures, feeling the awe of seeing a wild Pokémon in its natural habitat, and learning about each new monster like a fantasy zoologist. Reality: shuffling between a handful of regional cities in distant, tilted 3D and seven generations of surprise tall grass encounters followed by long-awaited free-roaming Pokémon in the Wild Area.

The immersive promise of an adventure that emulates what it feels like to fully live in the Pokémon universe finally arrives with Pokémon Legends: Arceus. PLA takes players back in time to the familiar Hisui region from Pokémon: Diamond and Pearl (as well as recent remakes Brilliant Diamond and Shining Pearl) and places them at a flashpoint in Pokémon history: the creation of the world’s first Pokédex. 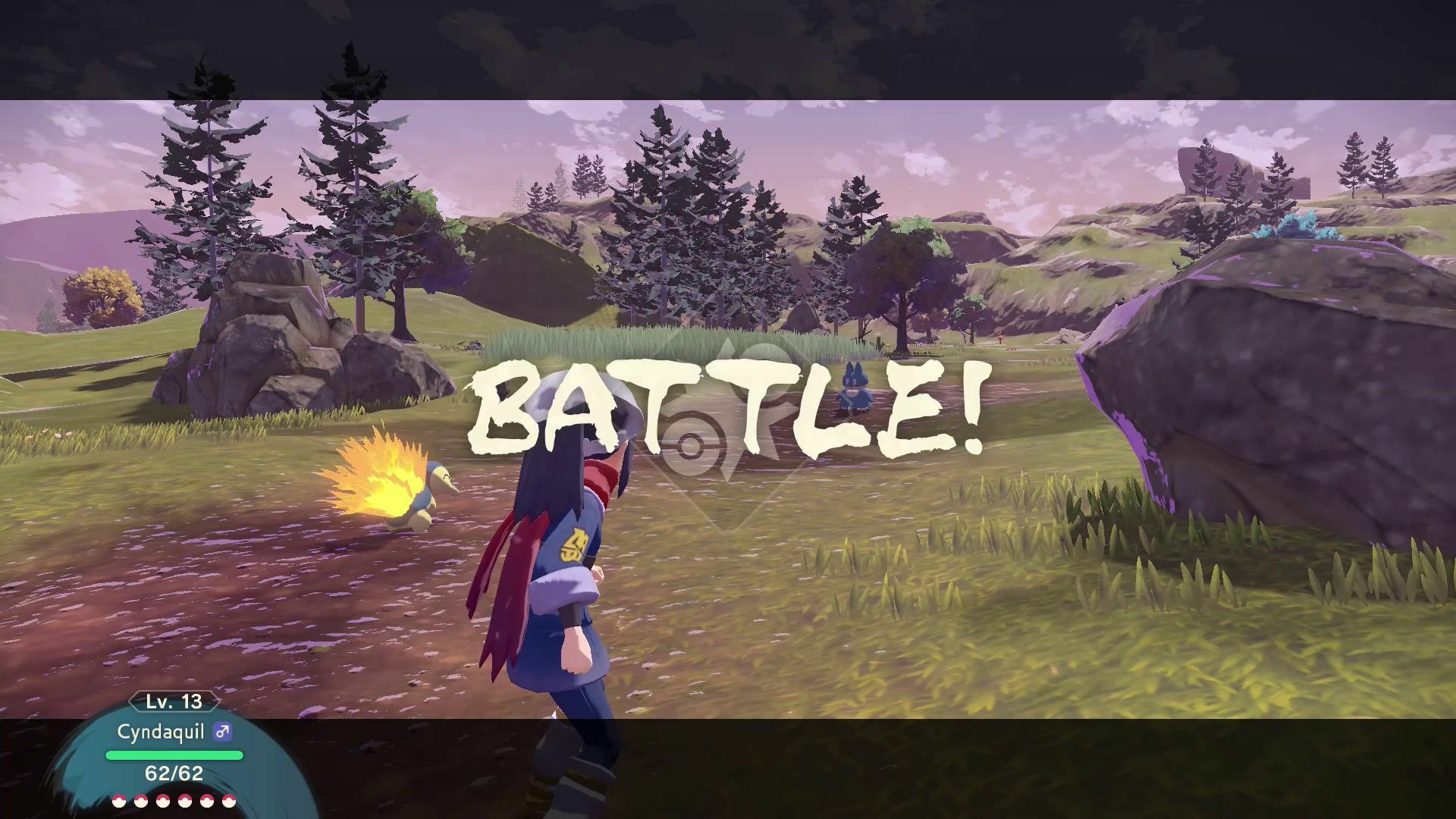 To fill that Pokédex, players must explore huge, open regions of Hisui that are packed with wild Pokémon just waiting to become your new best friend. Some Pokémon are easily captured with basic stealth or after being bribed with some nice berries; others require the traditional battle before submitting to the Poké ball.

Battles go a lot faster in Pokémon Legends: Arceus, with most ending after three or four turns maximum. Part of this quickness comes with doing away from the constant unskippable dialogue screens that make typical Pokémon battles interminable (“Magikarp used Splash…it’s not very effective…Magikarp fainted…” and so on). The other part comes from the innovative style system, which allows you to control the order of attacks by choosing if your Pokémon attacks in an agile style that gives you an extra turn in battle, or a strong style that deals more damage but risks losing a turn later on.

There are some trainer battles in Pokémon Legends: Arceus, but not many. Because of the historical time period, not many people have companion Pokémon and even fewer know how to train them, so the roster of potential opponents is small and there are no gym leaders to defeat. Instead of gym battles, players finish each region of the game by battling a boss-level “noble” Pokémon in a vastly different format than most battles — the player themselves has to dodge away from the attacks while attempting to placate the frenzied noble.

Further battle challenges come in the form of Alpha Pokémon, also known as extremely big boys. Wild alphas are recognizable for being substantially larger than their Poké-peers and they also have terrifying red eyes, which makes encountering one in the open world both exciting and creepy. Alphas pack a stronger punch and have more health than normal Pokémon as well, which essentially means the overworld of Pokémon Legends is littered with mini-bosses that can either wreck you or become an incredibly valuable member of your team.

The immersive promise of an adventure that emulates what it feels like to fully live in the Pokémon universe finally arrives with ‘Pokémon Legends: Arceus.’

It’s Professor Pokémon to you 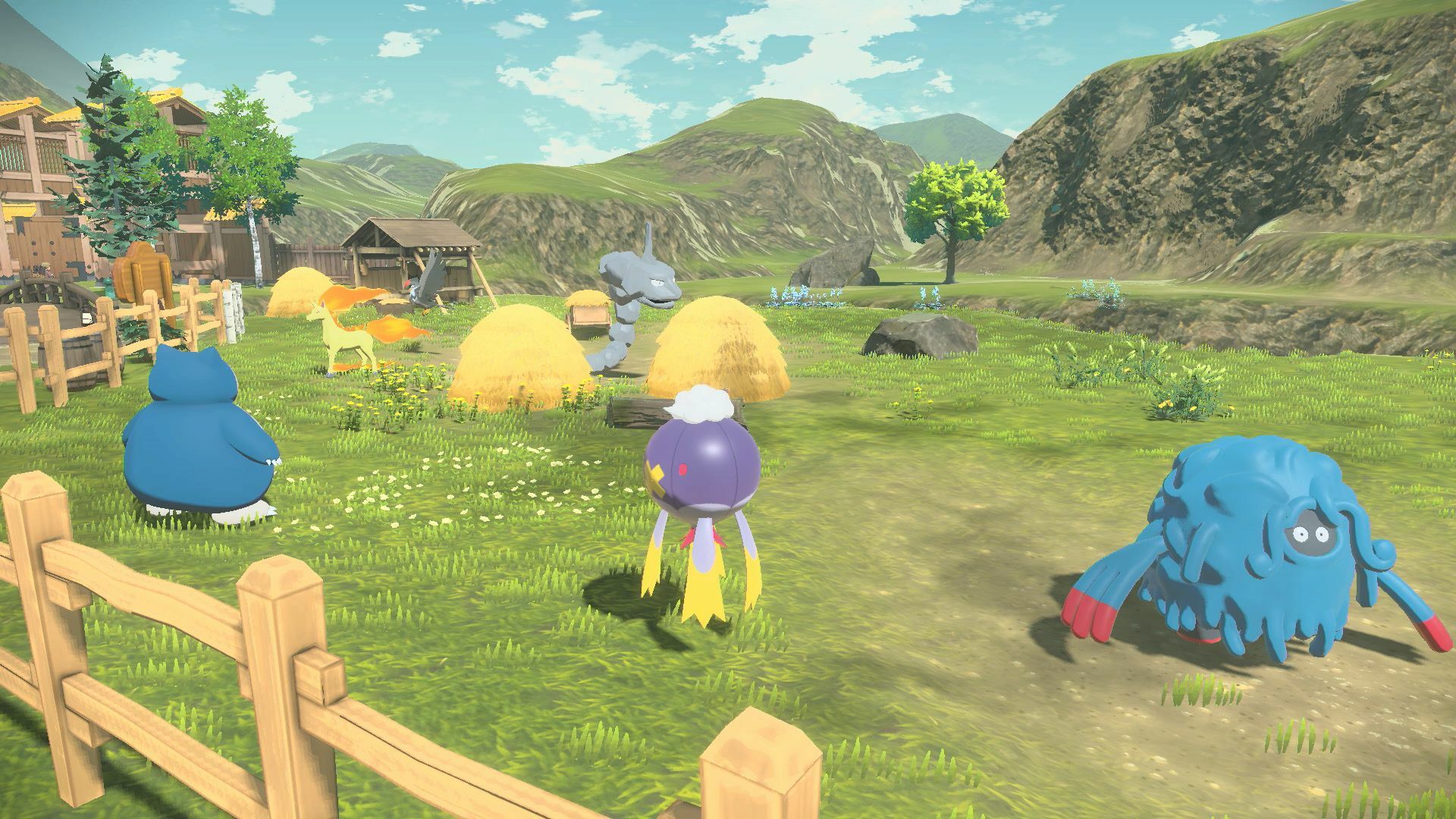 Zippy battles are a huge improvement, but they’re not the primary focus of Pokémon Legends: Arceus. Because you’re playing as a researcher and not a trainer, the gameplay revolves around observing and interacting with Pokémon more than it does around battling. When battles do occur, they’re largely in unprompted self-defense as aggressive wild Pokémon attack the player and their party, which negates some of the fantasy dogfighting undertones of the mainline games where trainers capture Pokémon solely for combat.

Pokémon “research” means a lot of things in Pokémon Legends: Arceus. It can mean capturing a certain number of Pokémon, seeing what happens when you feed them berries, battling with specific moves, evolving them, or completing associated side quests that come with bonus rewards. These actions all take place in the open world of Hisui, which is broken into several regions, each with a different biome and unique Pokémon spawns.

Completing research tasks and Pokédex entries requires intense exploration of each biome. Even though the landscape of each biome is technically simplistic (field, beach, bog, mountain, snow), the more time spent in each one reveals secrets that do make the world feel alive. Arctic mountains hide hot springs where rare Pokémon gather to warm up, ancient ruins transform at night when fairy and ghost Pokémon haunt their halls, and entire new segments of the map are hidden until the player figures out how to access them.

Those special moments of exploration fulfill the imaginative potential the Pokémon franchise always had. By focusing on research, Pokémon Legends: Arceus gets out of its own way and lets the player dive into the world at their own pace. 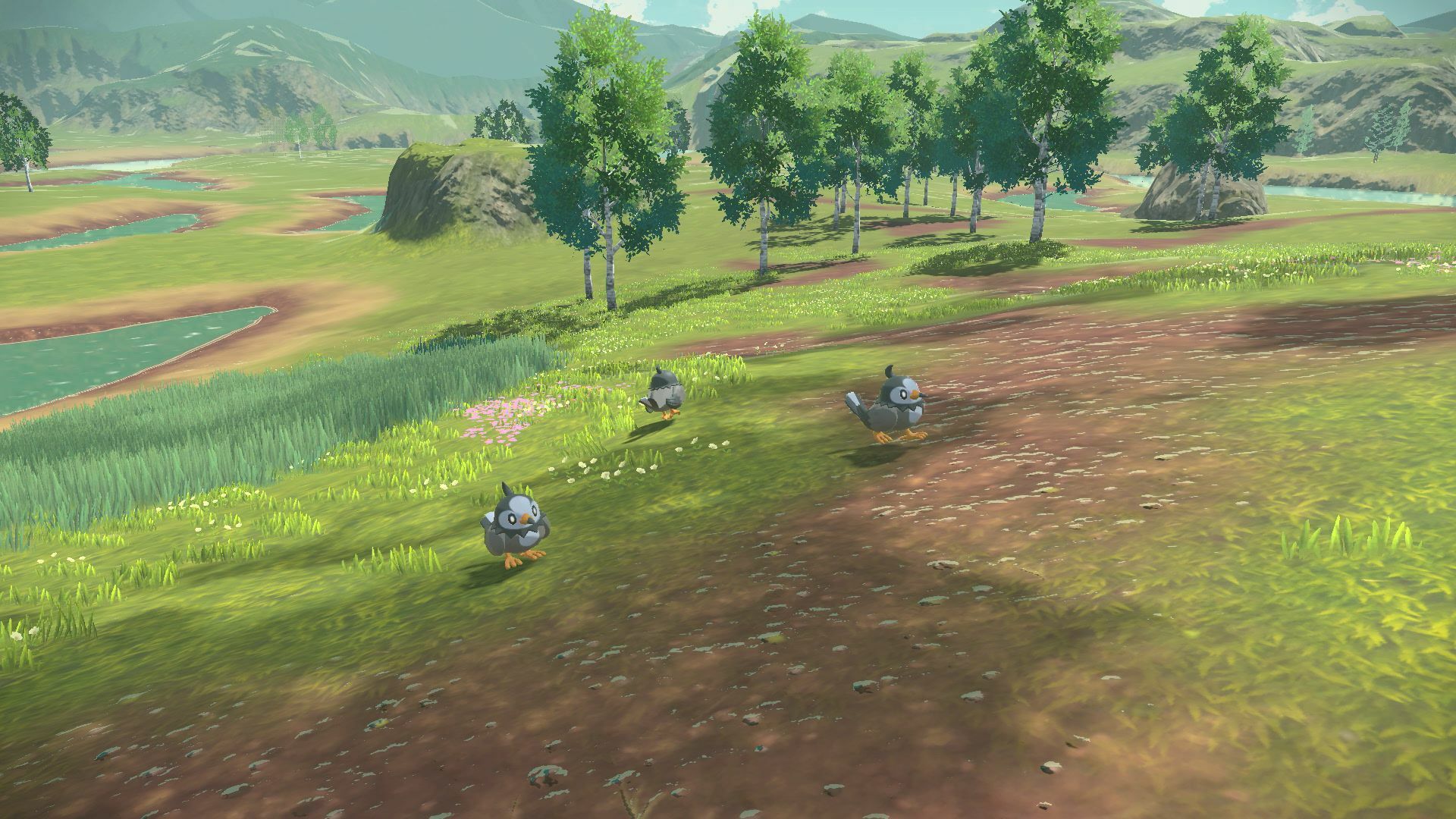 To get this out of the way: the environmental graphics in Pokémon Legends: Arceus are not good. The settings are nowhere near as meticulously rendered as players have come to expect from open world titles — but adjusting one’s expectations from “The Legend of Arceus: Breath of the Wyrdeer” to “a playable Pokémon cartoon” makes the graphics bearable. Also, haven’t we learned our lesson about how terrifying realistic Pokémon would be? Let’s not find out what a true-to-life Dusknoir would look like in 4K.

One place where the bad graphics do get in the way is draw distance, which is abominable. When and if (and it’s a big if) Pokémon are visible from a distance, their animations stutter and in some cases glitch the model right out of existence. The lack of draw distance cuts short the open world joy of spotting something cool (is that an Alpha Steelix?) from far away and dropping everything to pursue it. It also makes for some unpleasant surprises, since dangerous Pokémon can just kind of show up within striking distance and decide you’re their lunch.

Adjusting one’s expectations from “The Legend of Arceus: Breath of the Wyrdeer” to “a playable Pokémon cartoon” makes the graphics bearable.

Another element of the game that seems like an error but isn’t is traversal, which at first is limited to the point where the player can’t even jump up onto a small ledge. In the early game the lack of movement options is frustrating, but Pokémon Legends: Arceus knows what it’s doing when it comes to doling out upgrades at the right pace. Certain Pokémon eventually help you run, swim, climb, and fly, and once you realize that the initially inaccessible areas will eventually open up the replay value of each biome increases tenfold. 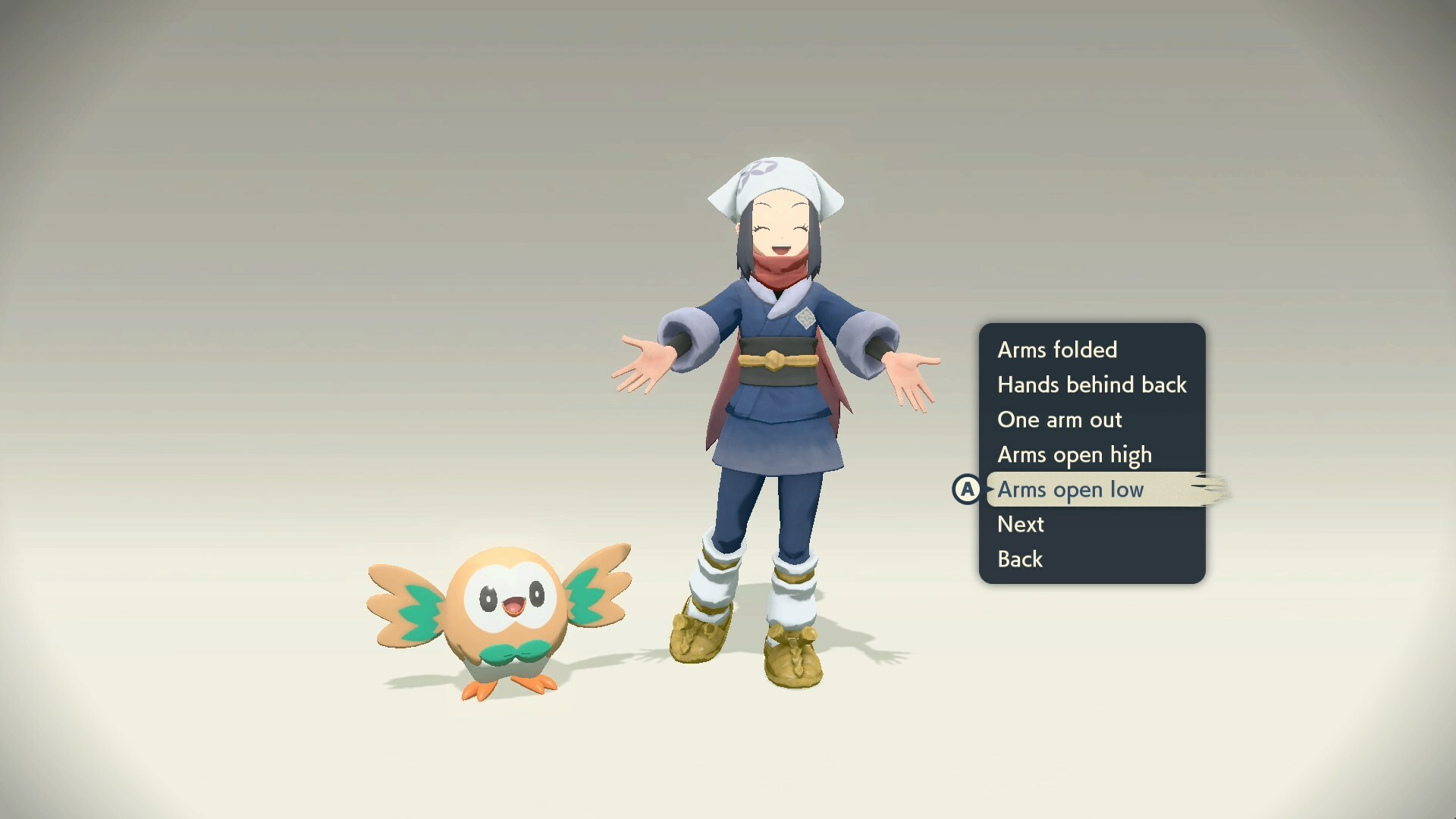 In addition to capturing, battling, and researching wild Pokémon, Pokémon Legends: Arceus makes the player integral to the Hisui region’s large-scale adoption of Pokémon as friends and partners. In the beginning of the game, the people of Jubilife village are frightened of Pokémon and don’t understand how they could possibly live among them.

Through the player’s actions and research, the villagers learn to welcome Pokémon into their community — builders offer Bidoofs a home in exchange for helping them cut wood, water-type Pokémon volunteer to irrigate fields, and so on — and each new addition brings the village closer to the fully integrated Poké-future you know from the classic games.

Incidentally, stepping into the past moves the Pokémon franchise forward. Pokémon Legends: Arceus‘ focus on the majesty of Pokémon and the fun possibilities of having them around make it a unique and chill love letter to the Pokémon themselves, as well as the many, many people who grew up wanting an open world game just like this one. Finally: a Pokémon game where you can spy on dancing Clefairys, sprint away from raging Onyx, toss Poké Balls at Togepi, and otherwise vibe with a Poké world that doesn’t expect us to be the very best, since no one ever was.