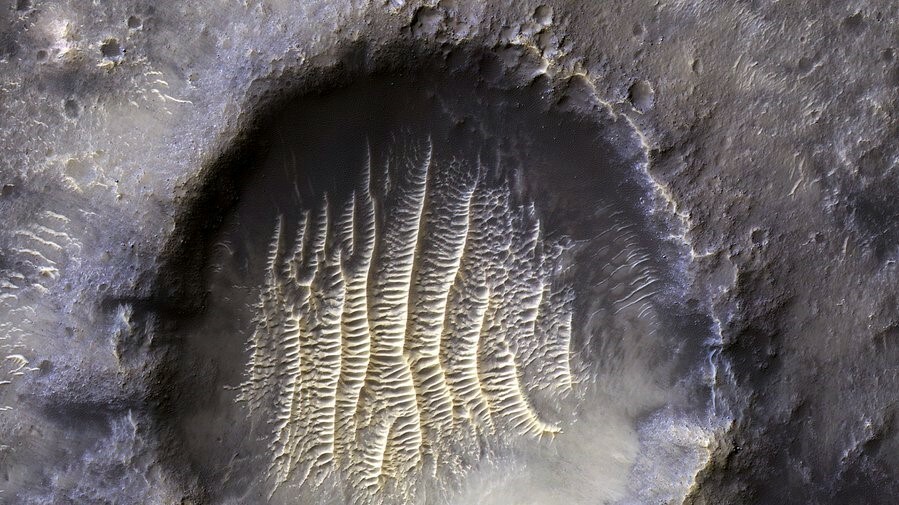 It’s attached to NASA’s Mars Reconnaissance Orbiter and can spot things as small as a kitchen table (including robotic rovers). It’s aptly called the High Resolution Imaging Experiment, or HIRISE. And it recently captured a brilliant view of a Martian Crater.

The image, taken in late 2021 but released on Jan. 20, shows a crater (likely created by an ancient impact) filled with vivid dunes. Mars may often be some 140 million miles from Earth, or at times much farther, but Earth-like geologic processes continually transpire there. 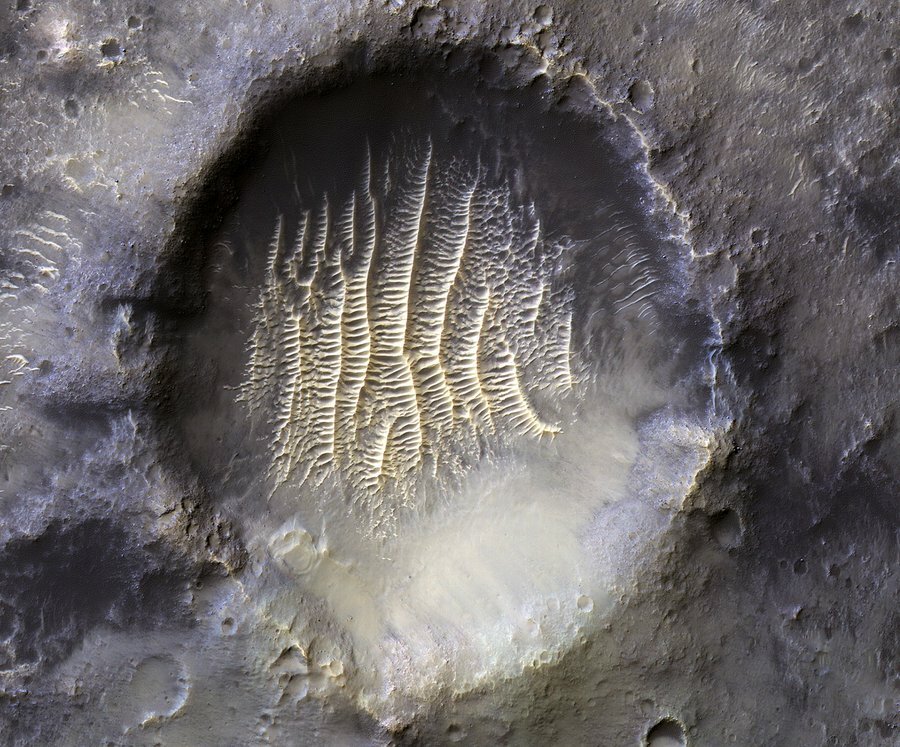 The crater, while an impressive feature in the Martian desert, also serves an important purpose for planetary scientists. It accurately marks the location of zero longitude on Mars, the line separating Mars’ western and eastern hemispheres.

SEE ALSO: Many of the Webb telescope’s greatest discoveries won’t come from any amazing pictures

On Earth, that point is marked by the Royal Observatory Greenwich in the UK. But on Mars, a place brimming with evidence of past asteroid impacts, a crater must do.