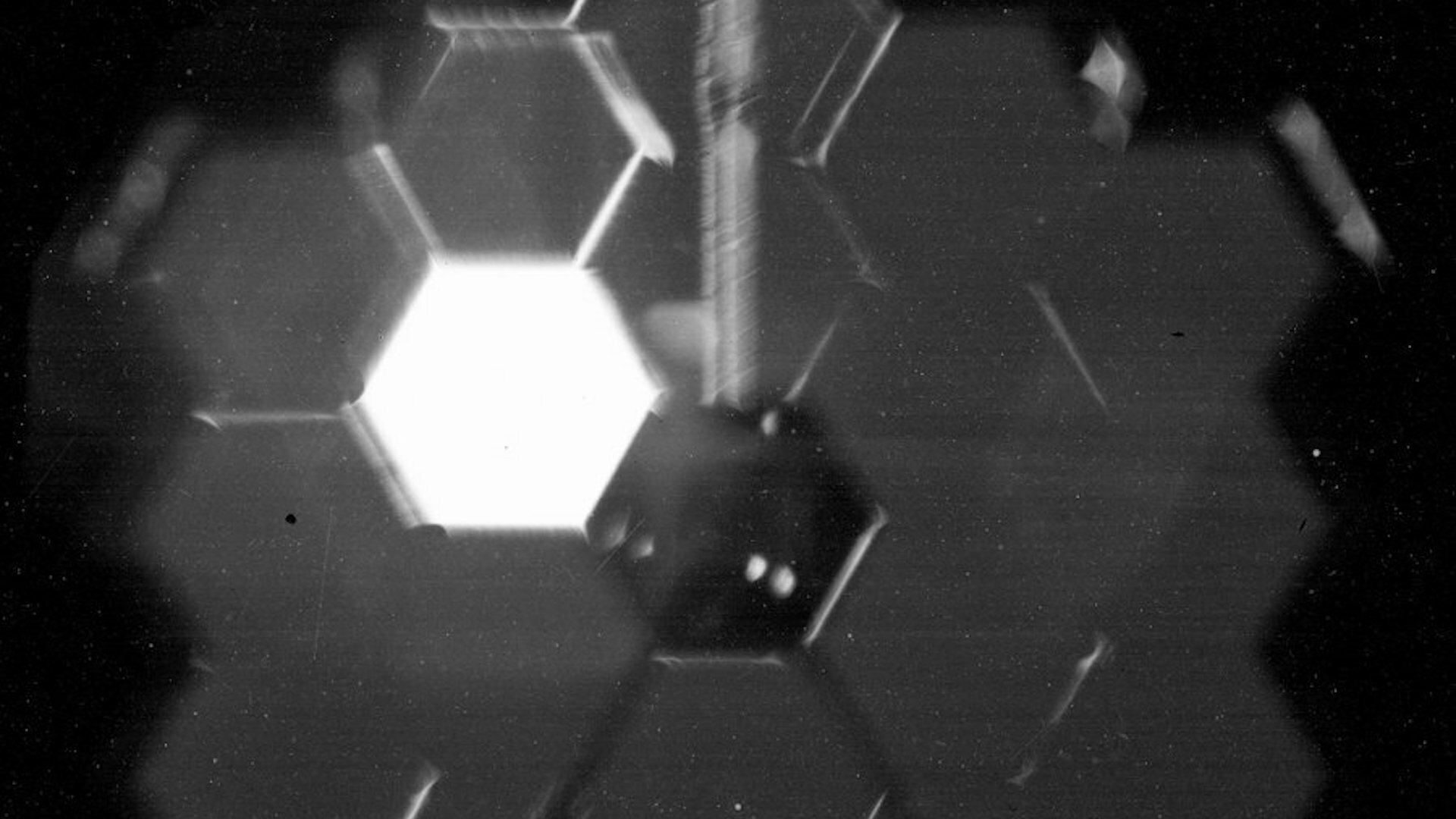 The space observatory has traveled to its distant cosmic outpost, nearly a million miles from Earth. It doesn’t carry any surveillance cameras dedicated to monitoring the instrument as it traveled through space and unfurled. They were too complicated, and risky, to add.

But NASA still found a way to take a (somewhat coarse and eerie) selfie.

The space agency used an auxiliary lens on its powerful Near-Infrared Camera, or NIRCam, which will peer at some of the earliest stars and galaxies that formed in the universe, over 13.5 billion years ago.

“This special lens is meant for engineering, not science, and allows NIRCam to capture an ‘inward-looking’ image of the primary mirror,” NASA tweeted. “This image helps us to check that the telescope is aligned with the science instruments.”

The Webb telescope’s grand “primary mirror” is actually comprised of 18 hexagonal mirrors. Together, they make an over 21-foot-wide mirror, which is over two-and-a-half times the size of the legendary Hubble telescope’s mirror. Crucially, a bigger mirror captures more light, allowing Webb to see fainter, more distant objects.

SEE ALSO: How NASA locked Omicron out of its Webb telescope control room

At this early stage in the mission, the telescope’s engineers are still aligning these sensitive, gold-tinted mirrors, in preparation for viewing the deep cosmos. The telescope is only focused on a single star as it’s brought into focus, an endeavor that will take at least weeks. That extremely bright hexagonal segment is directly aligned with the star, NASA explained.

In the coming years, the Webb telescope won’t just peer at ancient galaxies. Those mirrors will also squint at exoplanets in our own Milky Way galaxy. We’ll learn unprecedented things about these distant worlds, and what they’re made of.