Death on the Nile docks on the wrong side of every nautical quip in the metaphoric movie review harbor. There’s no wind in this story’s sails. Its protagonist can’t scrape through the scum. Bow to stern, it sinks — dragged into the icy depths by strange editing, cumbersome dialogue, goofy CGI, and dangling details that just don’t fit.

Kenneth Branagh’s Murder on the Orient Express follow-up, which sees the director/star return as genius detective Hercule Poirot, seems like it should be fine at the very least. With more Agatha Christie to adapt, the star-studded whodunnit promises the same glamorous puzzling as Branagh’s first film, which I and plenty of others liked well enough. If Death on the Nile just followed the formula of Orient Express — hold 1930s travelers hostage, accuse them of murder, and let audiences watch the self-incriminating fun — the rest would follow, right?

Matters haven’t been so simple. Although the Egypt-set mystery wrapped filming in 2019, numerous scandals befell the project during its pandemic-era post-production. Gal Gadot weathered the awkwardness of the 2020 “Imagine” video only to receive backlash for a social media post about Israel and Palestine. Letitia Wright was accused of espousing anti-vaccine rhetoric on the set of Black Panther 2. Armie Hammer faced rape, sexual assault, and abuse allegations that were made infinitely more memorable by the cannibalism kink at that horrific saga’s center.

Many speculated the movie would be shelved or reshot in light of Hammer’s painfully public downfall. But when Death on the Nile began marketing ahead of its Feb. 11 opening with the actor in its trailer, it was clear he’d made the final cut. Still, knowing Hammer is in the movie doesn’t make his first appearance as romantic lead Simon Doyle any less unsettling. That discomfort doesn’t really stem from the bad PR directly, but instead from the artistic choices that seemingly follow from the bad PR.

Opposite Emma Mackey‘s Jacqueline de Bellefort, an impossibly great femme fatale under the circumstances, Hammer arrives on screen during a very lengthy, very sexy dance sequence introducing Simon and Jacqueline as passionate lovers. The love triangle between them and Linnet Ridgeway, a stupidly dull heiress played by Gadot, is Death on the Nile‘s main narrative voyage. When Simon leaves Jacqueline for Linnet, the scorned woman follows the honeymooners and their wacky wedding guests on a trip down the Nile where tragedy awaits.

Underlining just how much Jacqueline thought she and Simon were in love by having them do a steamy dance number at the top of the film is important. But actually watching the scene, one can’t help but feel like Branagh is embarrassed to show the supposedly dashing man winning these women’s affections. 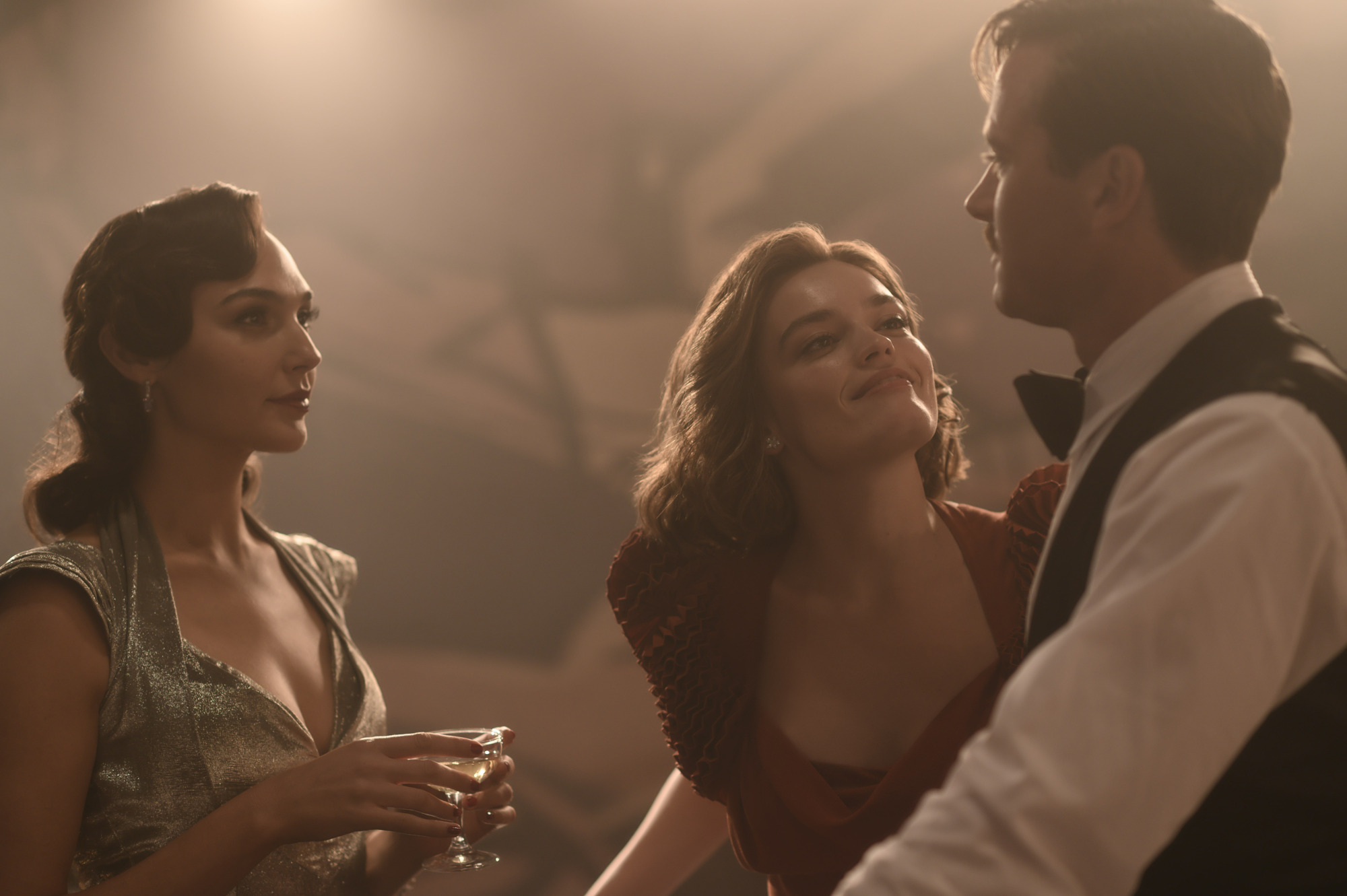 The rapturous 1930s club setting, meticulously rendered with the aforementioned dance as its centerpiece, is incongruous with the awkward editing around Hammer. Whenever possible the camera lingers on Mackey for longer than makes sense. Hammer’s face is rarely allowed in the center of the frame. With each spin and step, I grew more convinced Simon wouldn’t be in the film for very long. But when the following scene proclaimed him the new Mr. Linnet Ridgeway — and gave Hammer heaps more dialogue — I was more confused than compelled.

This lop-sided tango is the first of many off moments plaguing Death on the Nile. It’s a film anchored by as many bad artistic choices as publicity crises. Scene after scene, these less-than-stellar moments — only some of which involve the canceled elephant in the room — become more egregious and grow closer together. Having a problematic actor appear in something that’s already cast and filmed is a tough situation, surely. But marketing troubles just can’t account for the treasure chest of terrible filmmaking that is the finished product.

Following the dance, there’s more than two minutes of profoundly chunky exposition delivered via a monolog from returning character Bouc, played again by Tom Bateman. It sloppily introduces Death on the Nile‘s massive cast of characters in a manner that’s far too fast to follow, and liable to make your eyes glaze over. Rose Leslie, Annette Bening, Russell Brand, Jennifer Saunders, Sophie Okonedo, Dawn French, and Ali Fazal are in this film; all of them are forgettable. Next, there arrives a CGI snake so bad it looks plucked straight out of 2008; think Indiana Jones and the Kingdom of the Crystal Skull or maybe The Mummy 3.

Shortly after that, Linnet climbs a ladder and pretends to be Cleopatra for absolutely no reason whatsoever. (OK, maybe it’s loosely explained as part of the fanfare of getting on the boat — but the shot looks bad and she just sort of goes up, smiles, and immediately comes down? Its “point” is impenetrable.) 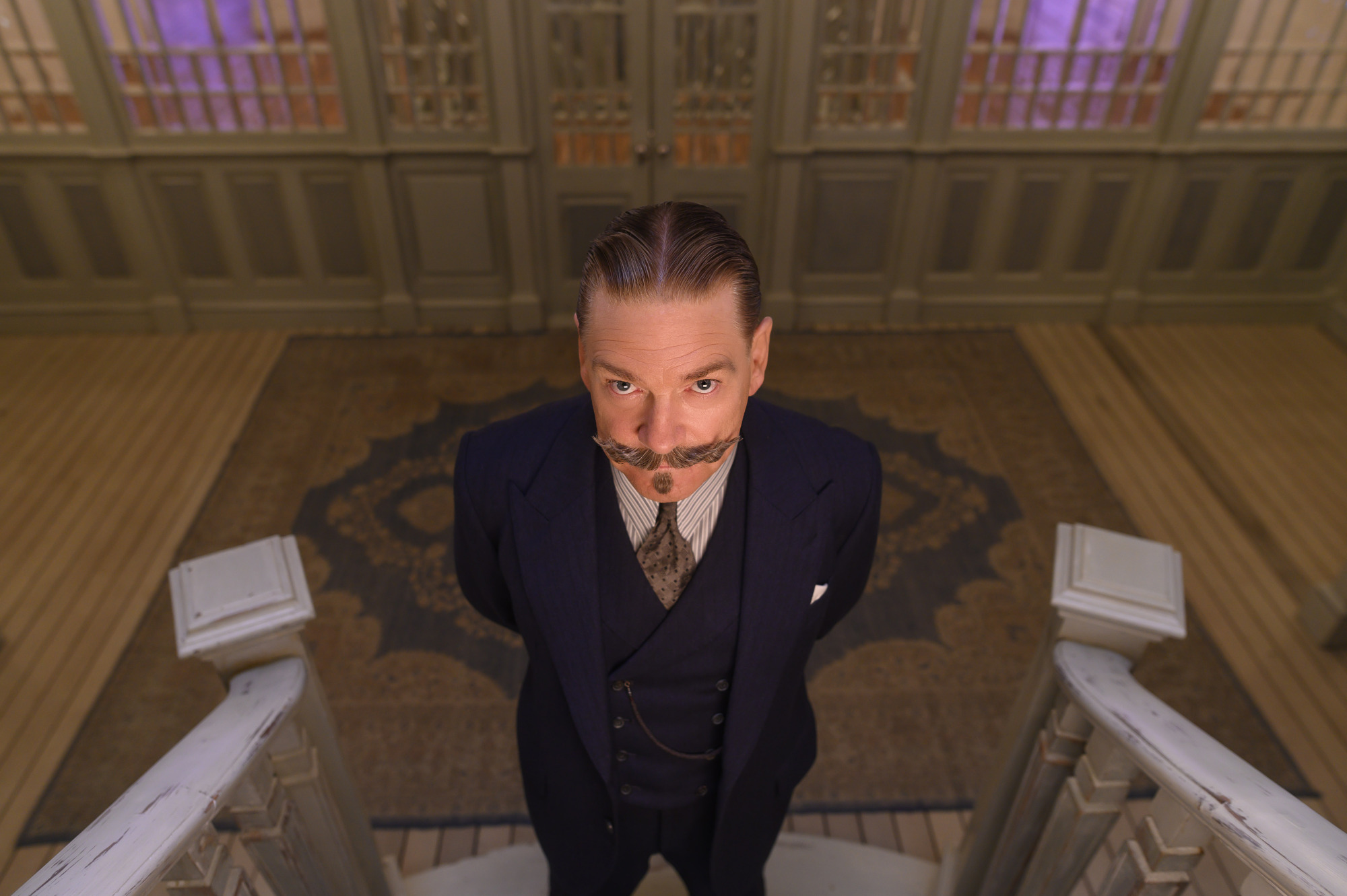 By the time we’re actually aboard the S.S. Karnak, where bodies appear as frequently as ridiculous platitudes about romance and wealth, Death on the Nile sounds less like a cinematic caper and more like sweet relief. I could forgive a classic novel adaptation for being mundane. I could forgive a troubled movie for its rough edges; see Army of the Dead. But this super uneven, poorly constructed grab-bag is less easy to stomach because it is simultaneously both boring and irritating.

When Death on the Nile is not making amusingly bad choices, it’s swimming in bloated sequences or reiterating the same point enough to make you seasick. Consequently you may find, as I did, that this whodunnit isn’t all that hard to figure out. Humblebrag, but: I had it solved before the end of act one — which left me regrettably little to do the rest of the movie.

There are other Agatha Christie novels and Branagh, who is riding the high of three Academy Awards nominations for Belfast, may adapt another. It’s unlikely he’d face the same issues outside of production, and, assuming he doesn’t pick the exact same weekend as Knives Out 2, audiences have a reasonably good appetite for whodunits. He could do it, especially considering how many enjoyed Orient Express. But whether he should is up for debate. After all, this one was a wreck — just not on a train.

Death on the Nile is in theaters Feb. 11.