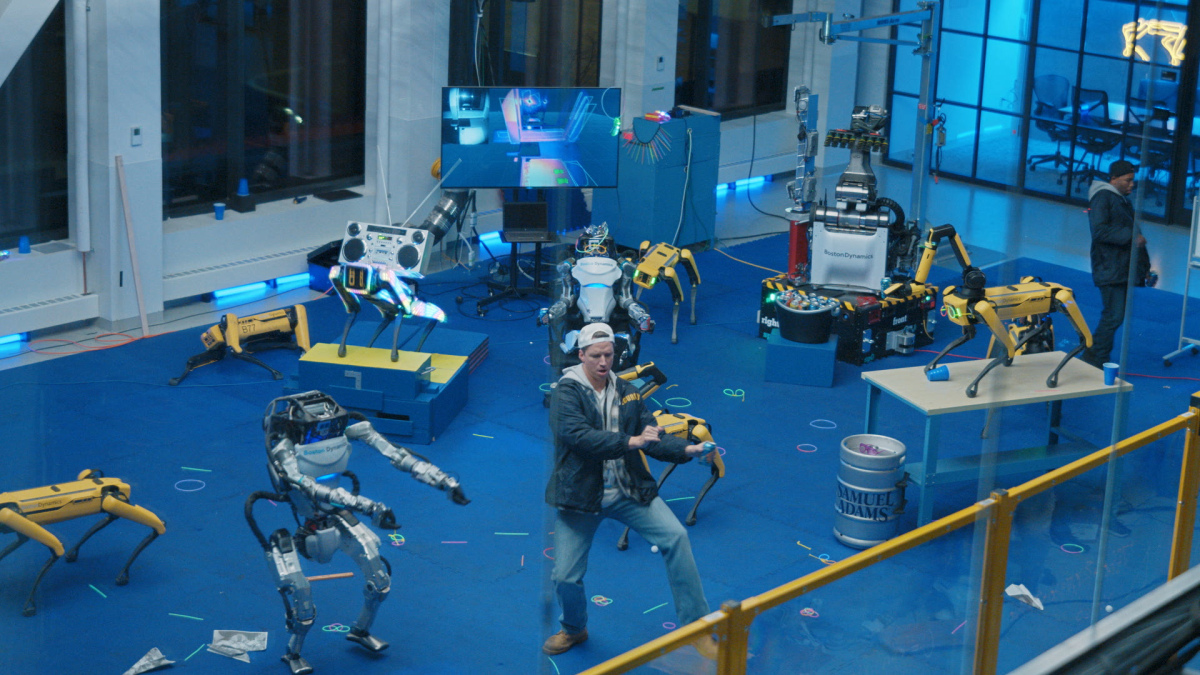 Spot, the dancing robo-dog from Boston Dynamics, will make a Super Bowl appearance alongside with its robot friends.

In a Super Bowl ad that will air during the Feb. 13 game we see the yellow, quadruped robot crack open a cold one, chug it, and burp loudly. An after-hours party ensues at the Boston Dynamics headquarters, with Spot joining a crew of Atlas robots and two human security guards.

During the Rams-Bengals matchup, a shortened 30-second version of the ad will air with fewer office shenanigans, but with a steady supply of beer-fueled robo-dancing.