Succession Season 3 delivered an explosive finale on Sunday, with a betrayal-laden shit storm that saw Shiv, Kendall, and Roman defeated by Logan.

But while some fans wring their hands over board seats, a contingent of theorizers suspects the biggest bomb of the episode went undropped. Is Shiv Roy pregnant?

Pregnancy planning throughout the season

The politically-minded heiress discussed her fertility at length this season, with her underhanded husband Tom showing an almost unnerving enthusiasm for procreation.

The subject is first broached in episode 5 “Retired Janitors of Idaho.” With Tom worried his role in the cruises scandal will end in prison time, Tom tells Shiv he wants to conceive before being sent away. He subsequently reveals that he has been tracking Shiv’s menstrual cycle on his iCalendar — “It’s not creepy,” he assures her — before suggesting the couple aim to sync her gestation period up with his detention sentence.

Shiv is predictably mortified, saying, “I don’t want to be your fucking incubator for when you’re in prison doing chin-ups and reading Knausgård.” But the conversation begins a critical discussion for the couple that’s raised again later. 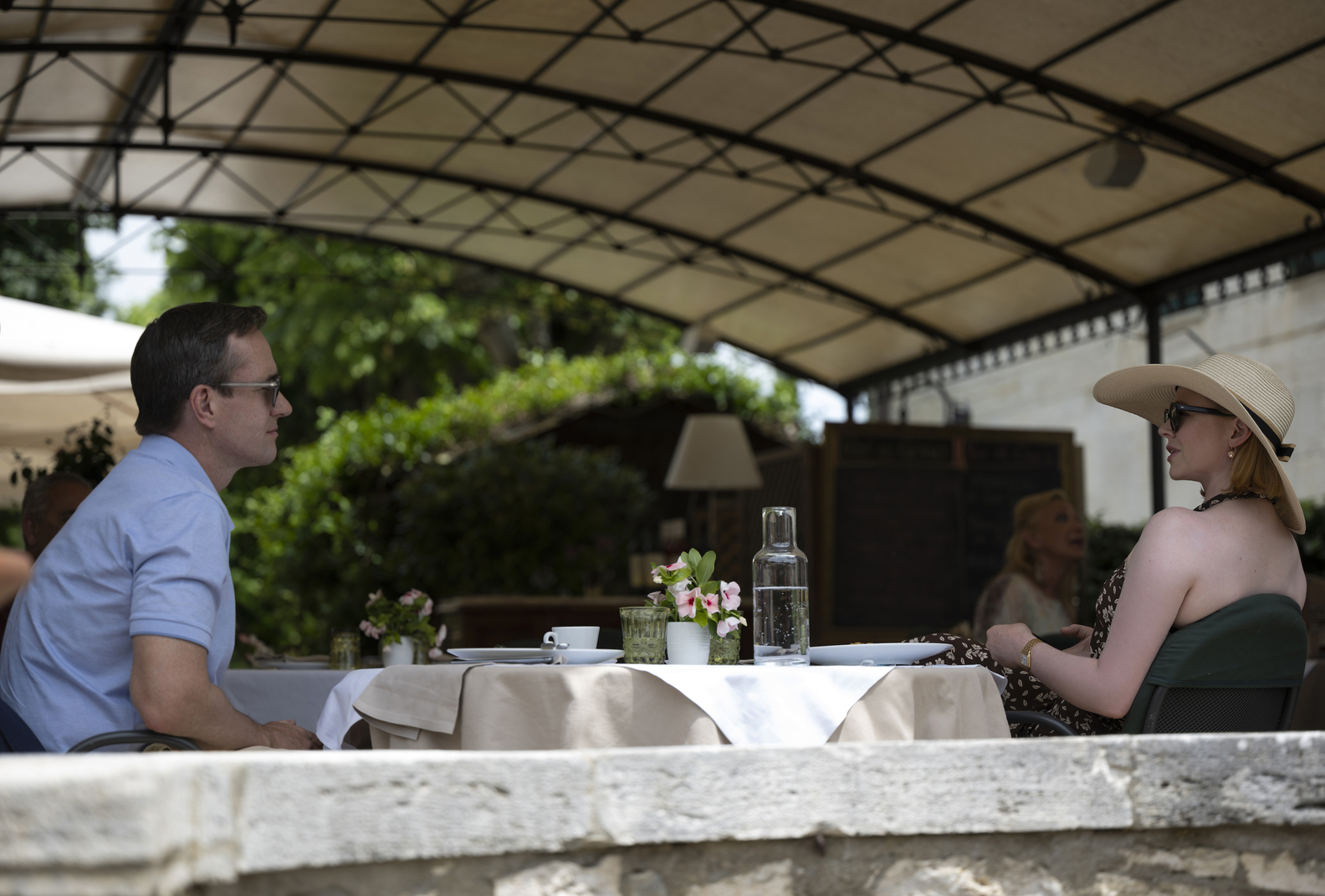 If you had just been nice to him ONE TIME…
Credit: Screenshot: HBO

Fast forward to the penultimate episode 8 “Chiantishire.” Shiv has a dicy conversation with Caroline about how “some people just aren’t made to be mothers,” which leads to her telling Tom she now does want to have a baby. The pair proceed to have a brutally misguided boink, with Shiv telling her husband she doesn’t love him mid-foreplay and Tom taking that (understandably) personally.

The following day, Tom confronts Shiv about their crumbling marriage — and the all-important baby. Shiv hand waves the relationship issues away as a misunderstanding, before retooling her promises on the baby front. She lays out a multi-year plan to freeze a collection of her and Tom’s embryos, to which he says, “So we could be looking at like ten years? Ten years is like two-and-a-half Olympics.” Shiv tells him she’ll think about it.

Parallels in Tom’s telling of the Nero myth 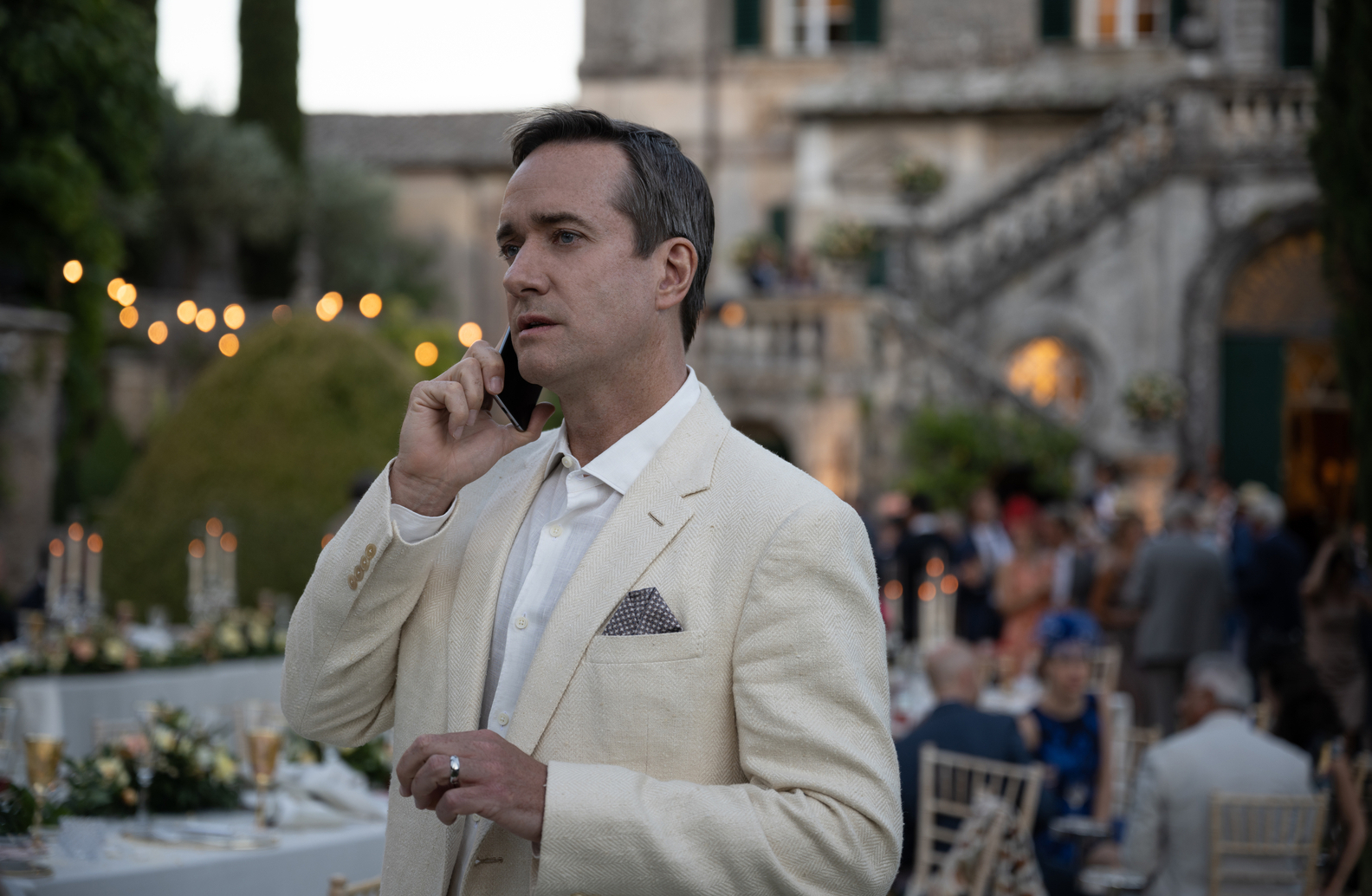 All this marital discord lays essential groundwork for Tom to betray Shiv during the finale.

In episode 9 “All the Bells Say,” Tom sabotages Shiv, Kendall, and Roman’s plan to stop the sale of WayStar RoyCo, effectively aligning himself with Logan and Greg. This satisfies the foreshadowing told to Greg in episode 4 “Lion in the Meadow,” during which Tom offers an abbreviated version of the Roman myth of Nero.

“Sporus was a young slave boy, and he was Nero’s favorite,” Tom explains. “Nero pushed his wife down the stairs, and then he had Sporus castrated and he married him instead. And he gave him a ring and made him dress up like his dead wife…I’d murder and marry you in a heartbeat.”

Tom’s telling of the myth doesn’t account for the wealth of confusion that comes with ancient stories, but it does seem to closely parallel the death of Neros’ second wife Poppaea Sabina. Critically, Poppaea was pregnant at the time of her death. So, was Shiv also with child at the time of her metaphoric slaying?

Pregnancy symptoms from the finale

There are two clues central to the “Shiv is pregnant” fan theory from the finale. They’re a bit flimsy, admittedly. But with a baby Roy on the brain (and Season 4 so far off), it’s easy to see everything as proof of pregnancy.

First, Shiv drinks water at the Collingwood-Munion wedding reception. More importantly, she toasts with water — a major faux pas someone like Shiv would know to avoid.

Theoretically, this implies that Shiv already knows she is pregnant and is consciously avoiding alcohol. But that bumps against the implication that she and Tom had not been having sex up until their fateful night in episode 8, seemingly the night before. (She’s seen drinking wine immediately before that scene, FWIW.) So it’s unlikely Shiv would know she was pregnant if they conceived then. 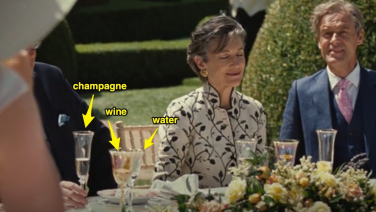 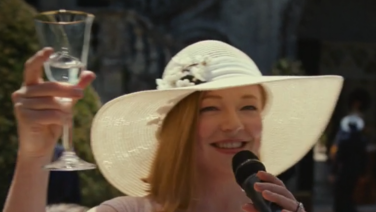 Second, the final shot sees Shiv grab at her belly. Fans who think she’s pregnant (from episode 8 or earlier) argue that’s an instinctive move, reflecting of a subconscious need for Shiv to protect her womb. Fans who don’t think she’s pregnant say it’s just a well-acted reaction, conveying the “gut punch” feeling she would be getting when what Tom did to her starts to sink in. Someone get this woman a stick to pee on!
Credit: Screenshot: HBO

An additional dangler in the pregnancy symptoms mess comes from the top of episode 8, in which Shiv is seen wallowing in bed instead of making it to a board meeting. Was she making a point or experiencing morning sickness? Of course, we won’t know if Tom and Shiv’s baby is for real until Season 4 next year. But with so much suggesting they’ll soon be a family of three — and the way a pregnant Shiv would give the character a small bit of much-needed, narratively rich leverage over that traitorous Tom — it’s probably best to go ahead and save the date for a Succession baby shower. Maybe put it in your iCal?

Succession is now streaming on HBOMax.