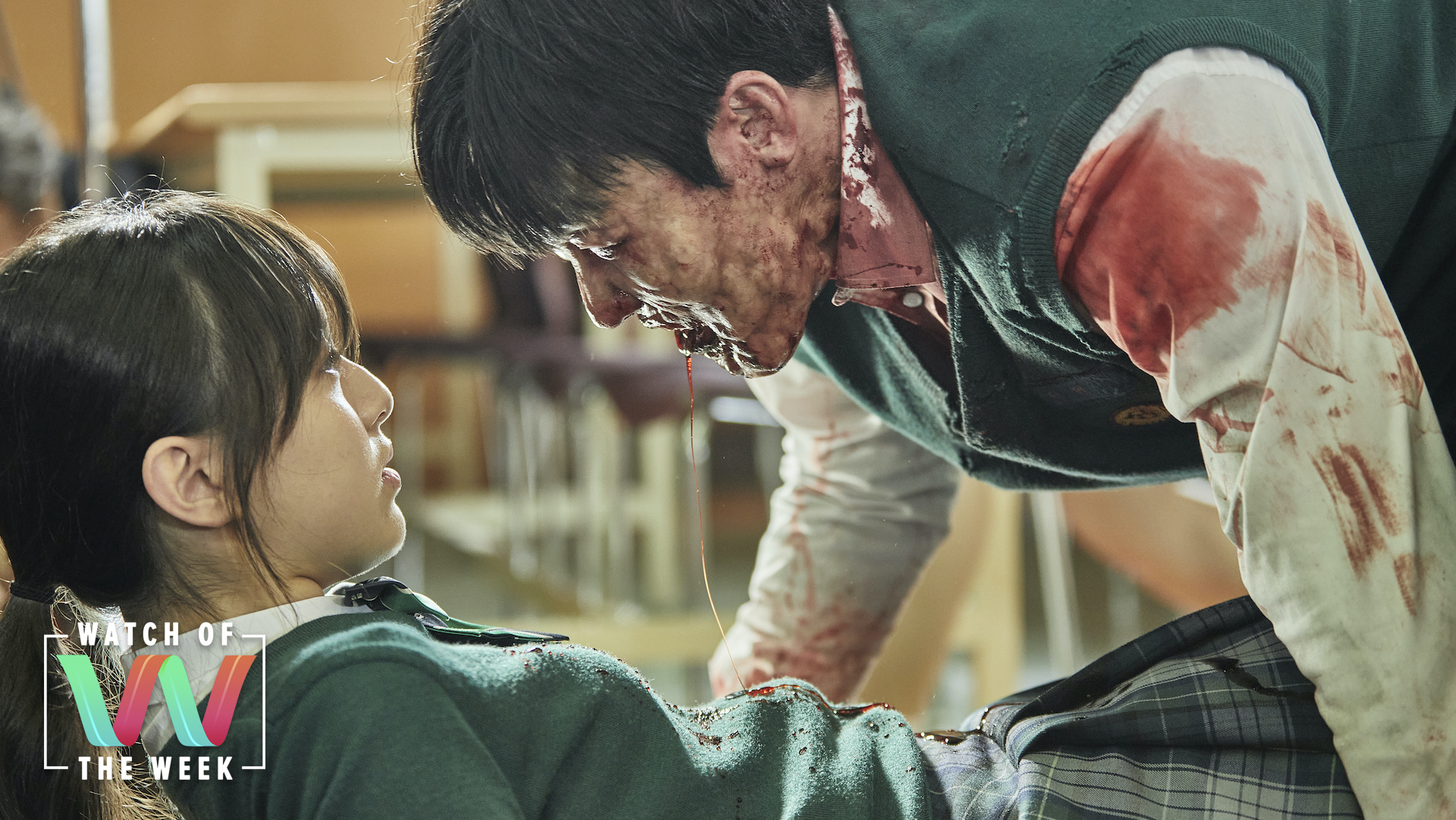 I watched four episodes of All of Us Are Dead in a day, and then found myself in a mostly empty office building.

Given that I still live in a global pandemic, this was ideal. But given that I just binged a show in which vicious zombies frequently jump out from behind corners to infect and devour their prey, I was a little on edge.

Based on Joo Dong-geun’s Now at Our School webtoon, All of Us Are Dead begins with a zombie outbreak at a South Korean high school. While students bunker down in empty classrooms and try to outrun the mob, zombiism spreads with deadly speed and decimates the city. Chun Sung-Il wrote the series, directed by Lee Jae-kyoo and Kim Nam-su.

The only thing worse than being trapped at school during the zombie apocalypse is going through it with a crush who doesn’t want to kiss you — even on the brink of death.

That seems like a healthy enough premise to sustain a two-hour zombie movie, but All of Us Are Dead clocks in at a robust 12 hours and change. There are endless ways in which a zombie cataclysm can affect a small area and population, and the series allows time for thorough exploration with various factions of survivors. We spend time with first responders, student athletes who were away for a tournament, an influencer who insists on live streaming from the city, and many others. Whenever a storyline gets even close to growing stale, it intersects with another or twists into something new — keeping us on our toes right ’til the end, waiting to see who makes it out and how everything ends. 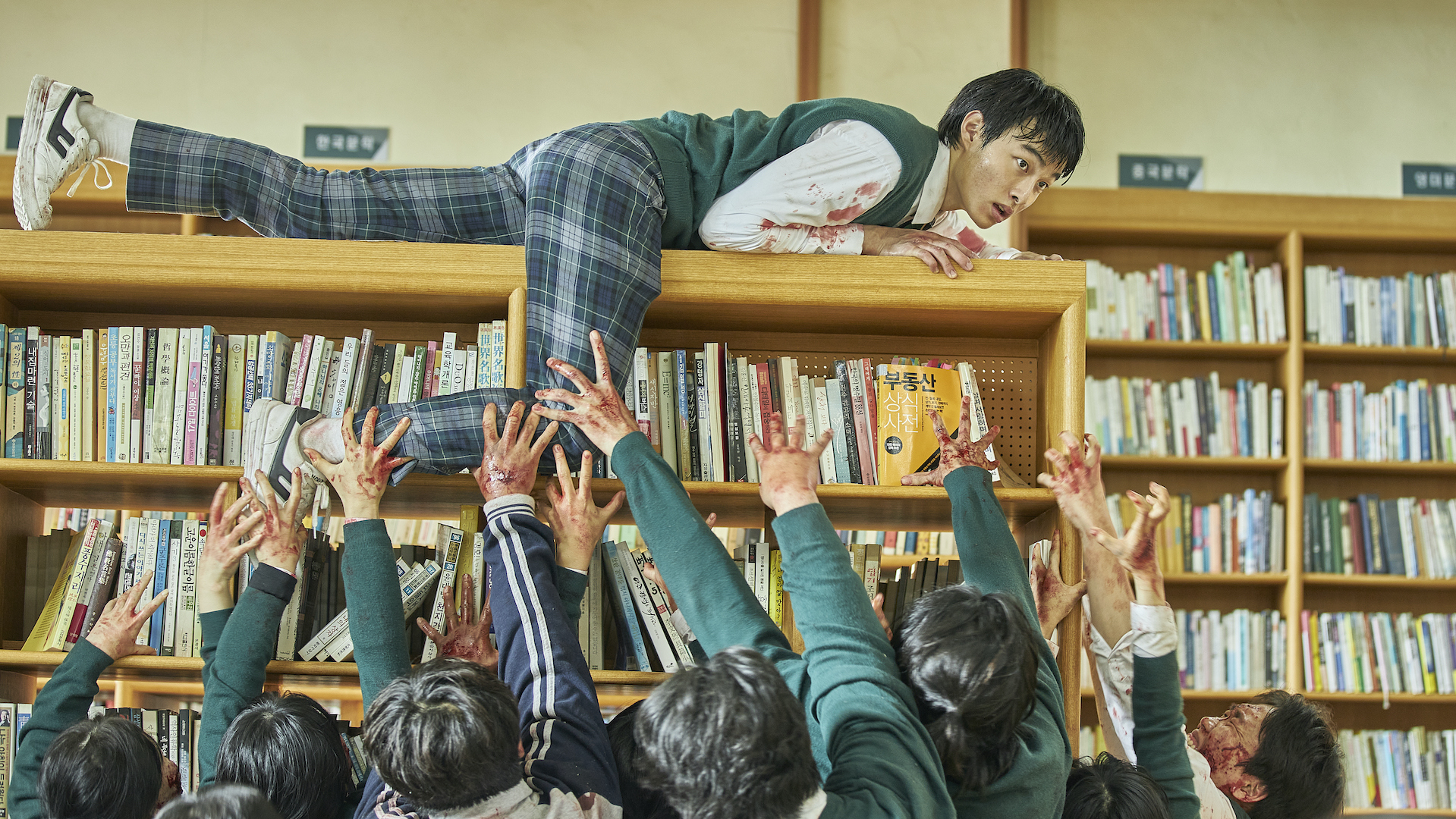 The most significant portion of the show is spent at Hyosan High School, where the outbreak began thanks to a science teacher’s experiment gone wrong. Childhood friends On-jo (Park Ji-hu) and Cheong-san (Yoon Chan-young) are at the center of a small (and dwindling) group moving around the school to stay alive and get rescued. To add to the stress, they’re stuck with On-jo’s crush Su-hyeok (Park Solomon), and his crush Nam-ra (Cho Yi-hyun). The only thing worse than being trapped at school during the zombie apocalypse is going through it with a crush who doesn’t want to kiss you — even on the brink of death.

The production cuts no corners in bringing Hyosan’s bloody monsters to life (pun intended). If the sound of primal snarling and cracking bones is enough to make you squeamish, you’ll have to sit this one out or get firmly acquainted with the mute button. If the sight of bloodshot eyeballs and spilling innards doesn’t make you as hungry as the figures feasting on human flesh, you’ll be closing your eyes a lot. Hopefully, either way you can appreciate the commitment to sheer, disgusting excellence from the sound team and makeup department.

Cinematographer Park Se-seung superbly captures every chase scene, every battle against getting bitten, keeping boredom at bay and tension at the forefront of this viewing experience. Tracking shots and handheld cameras are a staple of the horror genre, and Park’s mastery shines through, especially during episode 2’s cafeteria outbreak sequence. 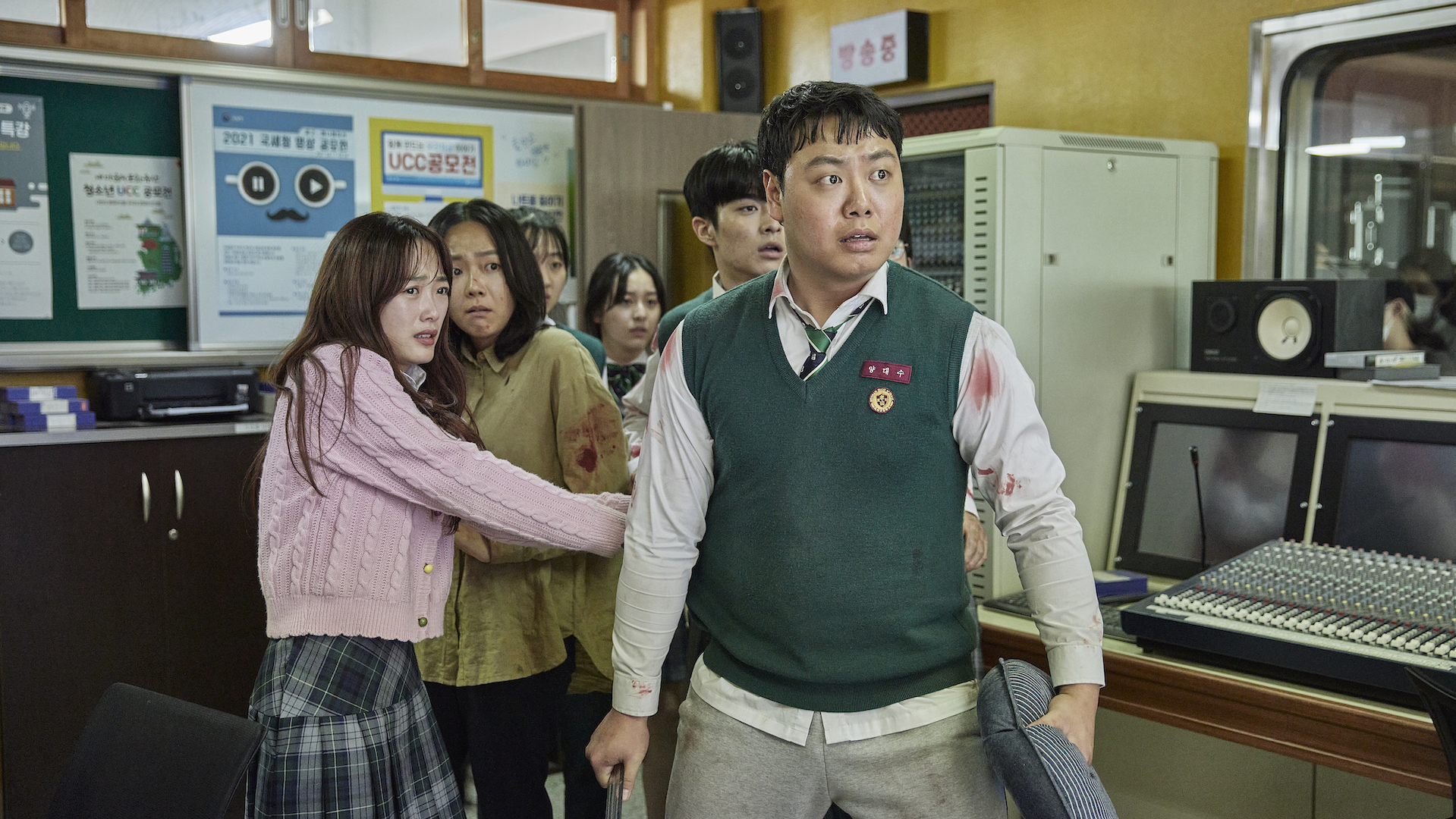 As with the best supernatural dramas — particularly South Korea’s — All of Us Are Dead makes keen observations on the state of its world both before and after zombies rise. A public official demands special treatment, but is no more or less appetizing to her undead assailants than anyone else is. When the government cuts off communication out of Hyosan, its citizens become either abandoned refugees or isolated to the point of dehydration, starvation, and death. In the walls of Hyosan High, the zombies don’t distinguish between rich and poor, bully or victim, teacher or student. This leads to some of the show’s most compelling interpersonal conflicts.

Amid all this, teen drama still reigns supreme. In the penultimate episode of Yellowjackets, a character marvels that she’s about to starve to death in the woods yet can’t stop thinking about a boy. Her drugged-out coach replies that love is everything. All of Us Are Dead echoes both these stakes and this sentiment (without the shrooms). The friendships, rivalries, and romance among Hyosan’s survivors aren’t the show’s central focus, but they give these characters an urgent will to live and fight, plus reasons for us to root for them. Early episodes don’t bog you down with names, relationships, and expositions. Instead, we peel back the layers bit by bit, giving breathing room to a betrayal by Na-yeon (Lee Yoo-mi), On-jo’s friendship with I-sak (Kim Joo-ah), and a growing feeling that any of us would die to protect Dae-su (Im Jae-hyuk).

It’s not the lightest weekend binge, but All of Us Are Dead is an immensely satisfying, blood-soaked rollercoaster. Just don’t eat while you watch it.

All of Us Are Dead is now streaming on Netflix.