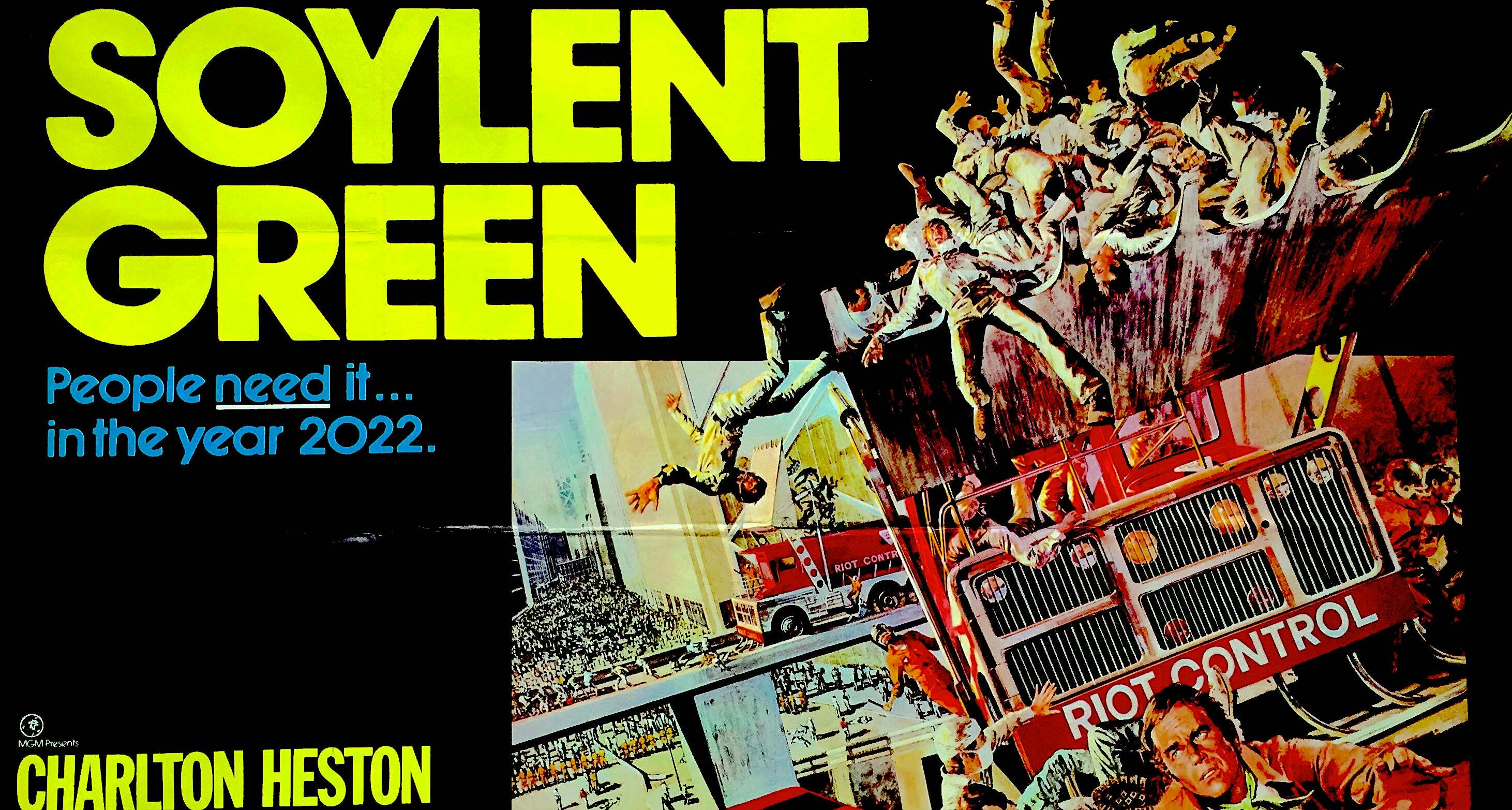 If you know the 1973 movie Soylent Green at all, it’s likely for the arresting last line. “Soylent Green is people,” lead actor Charlton Heston bellows as he is carried away on a stretcher, simultaneously becoming a meme and summing up the plot so thoroughly that there’s little need to catch the rest of the film. (Soylent Green is a hot new food product in this starving overpopulated future New York; Heston’s detective character discovers it is not made from plankton as the manufacturer claims.)

Less well known is the year Soylent Green is set in: 2022. That’s right, we’ve reached the point when Hollywood told us that millions of New Yorkers would be fighting each other over protein bars made from the finest processed human. Presuming that a fad for cannibalism doesn’t arrive with the next NYC fashion week, we can safely say that humanity has successfully avoided the threat of the movie’s main premise. (Instead we’re grappling with the threat of the Omicron variant, which itself sounds like a Charlton Heston movie.)

Does this mean Soylent Green got nothing right about our 21st century world? Not so fast. As with Blade Runner and its setting, the Los Angeles of 2019, the movie’s predictive power is a mixed bag. Let’s open it up and cautiously sniff each item. 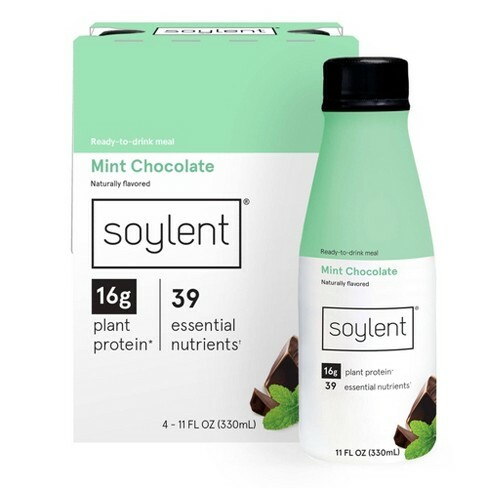 Soylent green is mint chocolate, it turns out. Credit: soylent

Let’s get this one out of the way: Yes, we know there’s an actual meal replacement shake and protein bar called Soylent. Created in 2013 by Rob Rhinehart, a busy software engineer who wanted to eat nutritiously without consuming regular food, Soylent is exactly what you’d expect would result from that experiment: bland, powdery mush with a variety of masking flavors. Many users complained of gastrointestinal issues — farting, mostly — which led to multiple Soylent product recalls in 2016. The company blamed algal flour, an ingredient curiously close to the plankton that the movie’s food product was supposed to contain.

But there’s a distinction with a key difference here. Rhinehart actually took the name from Make Room! Make Room!, the 1968 novel of overpopulation and famine by sci-fi author Harry Harrison, on which Soylent Green is very loosely based. There’s no corporate cannibalism in the book. Instead, there’s a riot over Soylent steaks, a meat substitute made from soy and lentils (hence the name). Sound familiar? It should. Soy is the main ingredient in the Impossible burger, the most deliciously meat-like processed food of our age. Rival Beyond burger uses mung beans, legumes similar to lentils. Harrison arguably got it right, although there are no reports of riots when supermarkets run out of Impossible beef bricks just yet.

The movie’s prediction for the future of eating didn’t really pan out. In its nightmare New York, Heston is able to smuggle one black market apple, a slim steak and a single strawberry to his elderly roommate Sol (Edward G Robinson), who barely remembers the taste from his youth. It’s true that we have plenty of food deserts in the U.S., and that the lack of produce is disproportionately felt by people of color. Then again, nobody in 1973 would have predicted the boom in organic food, now worth $61 billion a year, or the coming age of vertical farms and high-tech at-home vegetable gardens.

Food insecurity is a genuine problem in 2022, both in the U.S. and the world at large. But food insecurity is largely tied to extreme poverty, and the numbers of people suffering from both conditions is under one billion and falling over time. Regardless, our food problem certainly isn’t about a lack of supply caused by overpopulation, as it is in both Soylent Green and Make Room! Even as the number of human mouths on Earth is set to hit 8 billion (double what it was in 1973) this decade, on its way to a likely high of 10 billion later this century, our industries keep pace, We’re churning out enough foodstuff to feed the world many times over, even if a lot of that stuff is cleverly-marketed processed crap. In real 2022 New York, as in America at large, obesity is more of a widespread health issue than starvation.

But there is one supply problem the movie got chillingly accurate. Heston uncovers a secret report that says the oceans are dying, hence there isn’t enough plankton to make Soylent Green the way the recipe intended. Here in the real world, we know that plankton is in real danger from ocean acidification. If its population crashes, the entire marine food chain could go with it. And future generations might spend their golden years lamenting, Sol-like, the lost taste of real fish.

Police brutality, particularly towards activists, remains among the most serious issues of 2022. We have plenty of reasons to fear the militarization of law enforcement, and the racism endemic to its ranks. But no police department has followed the authorities in Soylent Green and simply scooped up protesters into a garbage masher. Yet.

That image, dump trucks for protesters, was so indelible it made it onto the movie posters. Less noticed at the time: This was one of the first major movies to mention the threat of “the greenhouse effect,” which in 2022 had started “burning the world up.” The resulting fires and dust bowls filled Soylent Green‘s city streets with particulate-filled clouds. New York may not have experienced this yet, but San Francisco and Sydney certainly know what’s up.

Soylent Green‘s most affecting scene isn’t hard to pick out. Sol decides the world sucks so much that he goes to a mass euthanasia facility run for free by a government that wants to reduce overpopulation any way it can. (It was particularly affecting as this was the last scene the legendary Edward G. Robinson would ever shoot; he died days after the end of filming, of bladder cancer, age 79.) In the real world, few countries provide end-of-life assisted suicide, not even for terminal patients in pain who desperately request it. Euthanasia is currently legal in under a dozen countries, including Canada and parts of Australia and the U.S.

But the scene should give us pause for other reasons. Sol decides to end it all in part because the facility offers a high-tech vision. He gets to lie in a wraparound cinema filled with beautiful images of the planet as it was before we ruined it, and variations on a theme of his favorite color (orange). Here in the real 2022, we certainly love our screens and our pretty colors — and they clearly help numb us to the precarious state the planet finds itself in.